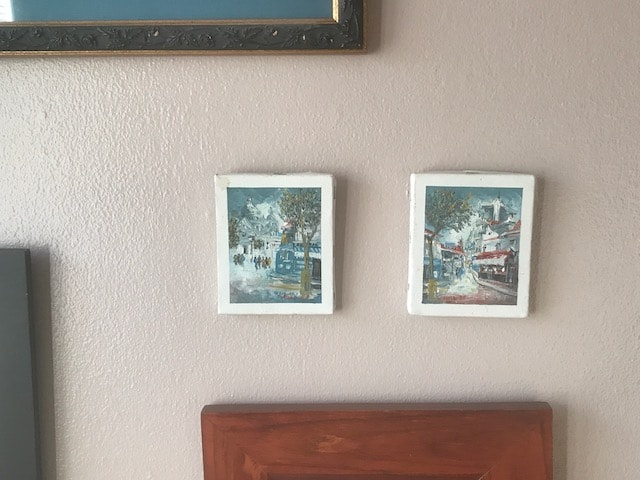 Funny how life seems to go in little circles. For example, lately I’ve been combing through the 250 or so travel stories I wrote for the Memphis Flyer before 2012. Why? First to preserve them, but also to share them, since in everything I have ever done, I imagined I would one day tell the story to an audience, even an imagined one. To me, it’s all interesting.

I never did know what the actual audience in the Flyer was. I know that the audience for these posts now is incredibly small; only a dozen or so people ever click on any one of them. So I’ve considered cutting off the project, because what’s the point? I do want to save all the pieces, and I might as well share the “good” ones, but why? Hell, why save them at all?

While we’re at it, the same could be said of my whole website, my newsletter, my social media, all of it. I don’t make any money from it, and I don’t even reach many people. I hear from practically no one about it. Really, it’s all about me, my memories, and my (largely imagined) audience.

Which is why it was interesting, in reading back on a 1998 piece called Old Friends on the Wall, that I found this:

Sometimes I worry that it’s all a big ego trip, like “Hey, look at all the places I’ve been!” But why put your memories away where nobody, not even you, can see them?

I’ll put that column below, but for today what’s on my mind is this eternal question of why, of what it all adds up to. Do I travel just to tell the story? Perhaps, since I almost always travel alone and don’t share the experience with anybody in the first place. Do we just travel to enrich ourselves? To enjoy the time we have here, since whatever we “build” in relationships, stuff and “legacy” isn’t likely to last anyway?

Forgive the somewhat melancholy ramblings of a 54-year-old man. If the present is uncomfortable, boring or just seems to lack purpose, then let’s enjoy some stories, like the time — referenced below — I took an English fellow to a football game at the University of Tennessee.

Otherwise, like I wrote here in 1998, I guess these memories are just old friends. And it’s good to see old friends occasionally.

By the way, the two French paintings are still on my wall (see above), and they are still unframed, some 31 years later.

Old Friends on the Wall

What is it about travel trinkets? Simple: They take you back to your trip.

I have these two little paintings on my wall that I got in Paris. I know what people must think when they hear about French paintings, but these are just little things I bought from an artist on the street. They’re only a couple of inches square, and they probably took the guy an hour to do. I think I paid $35 for the two of them and thought I was really splurging. That was an entire day’s budget on that trip, as I remember. I’ve never even gotten them framed, and I bought them eight and a half years ago.

I remember that it was the first sunny day I had seen in Paris, after five days of wading through puddles. I also remember that the artist wasn’t particularly pleasant. He didn’t say anything to me, other than the price, and when I asked what the paintings were of, he pointed to the left and the right with his brush, then went back to painting. The paintings are of the two views from where he was sitting.

He was set up in a little square on Montmartre hill, up near the church they call Sacre Coeur, or “sacred heart.” I had walked up there full of fine food and flush with triumph, having just ordered a meal entirely in French.

The view from Montmartre is spectacular, especially at sunset, which is when I was up there. It was Paris in pink, with a cool breeze and pairs of hand-holders enjoying it. Some of those people are in the paintings I bought, I’m sure.

I kept a journal on that trip, but I don’t need to get it out to remember any of this. I think about the view and the artist and the meal and the couples every time I look at the paintings, and that’s every day, since they hang next to the nail where I keep my keys. They’re right below a picture my brother took of Jerry Garcia when we covered a Grateful Dead show together in Charlotte. When I look at that picture I think of how the Deadheads took over the Days Inn that weekend and literally ran off the management of the place, though not intentionally.

The paintings are right next to a Tennessee Bicentennial Jack Daniel’s bottle, which I bought in “researching” my first-ever Flyer travel column. To the right of that is a picture of Neyland Stadium I took when I was up in Knoxville to see Ole Miss play Tennessee. I had met an English dude on the Greyhound, and since he was interested in American culture I took him along. We sat on the top row, and I and all the other Rebel fans up there spent the whole day explaining to this guy what was going on. He was greatly confused when UT blocked a punt out of the end zone for a safety, but he did grasp one thing: “The orange side seems to be superior.” The Vols won big that day, and the English dude and I still trade letters.

All of my walls are like this, and somewhere I have boxes full of ticket stubs and brochures and menus and newspaper clippings. None of these things really has a purpose, as it were, except to spark memories. A golf scorecard from Shamrock, Texas, reminds me that I stopped there one time because a sign on I-40 said “Free Golf.” It would be as tough for a golfer to miss those words as it would be for anybody else to even notice Shamrock. It turns out that if you stay in the one hotel in town, they let you play nine holes for free at the Shamrock Country Club. Twenty-one dollars and 49 shots later, I pulled out for New Mexico. I remember that it was windy as hell, I missed a hole-in-one by six inches, and the lady at the hotel gave me an undeserved military discount, without asking, since my hair was buzzed at the time. All that – and more – comes from a scorecard in a box in my closet.

Sometimes I worry that it’s all a big ego trip, like “Hey, look at all the places I’ve been!” But why put your memories away where nobody, not even you, can see them?

I get a warm feeling, for example, when I see the can of salmon I bought up in Ketchikan. The label has a picture of a cannery dock where I once tied up a boat. To everybody else, that can is a paperweight, and it makes a fine one. It’s not too bad as a travel treasure, either. I think I paid six bucks for it.

Sometimes it’s the cheap little trinkets that mean the most.