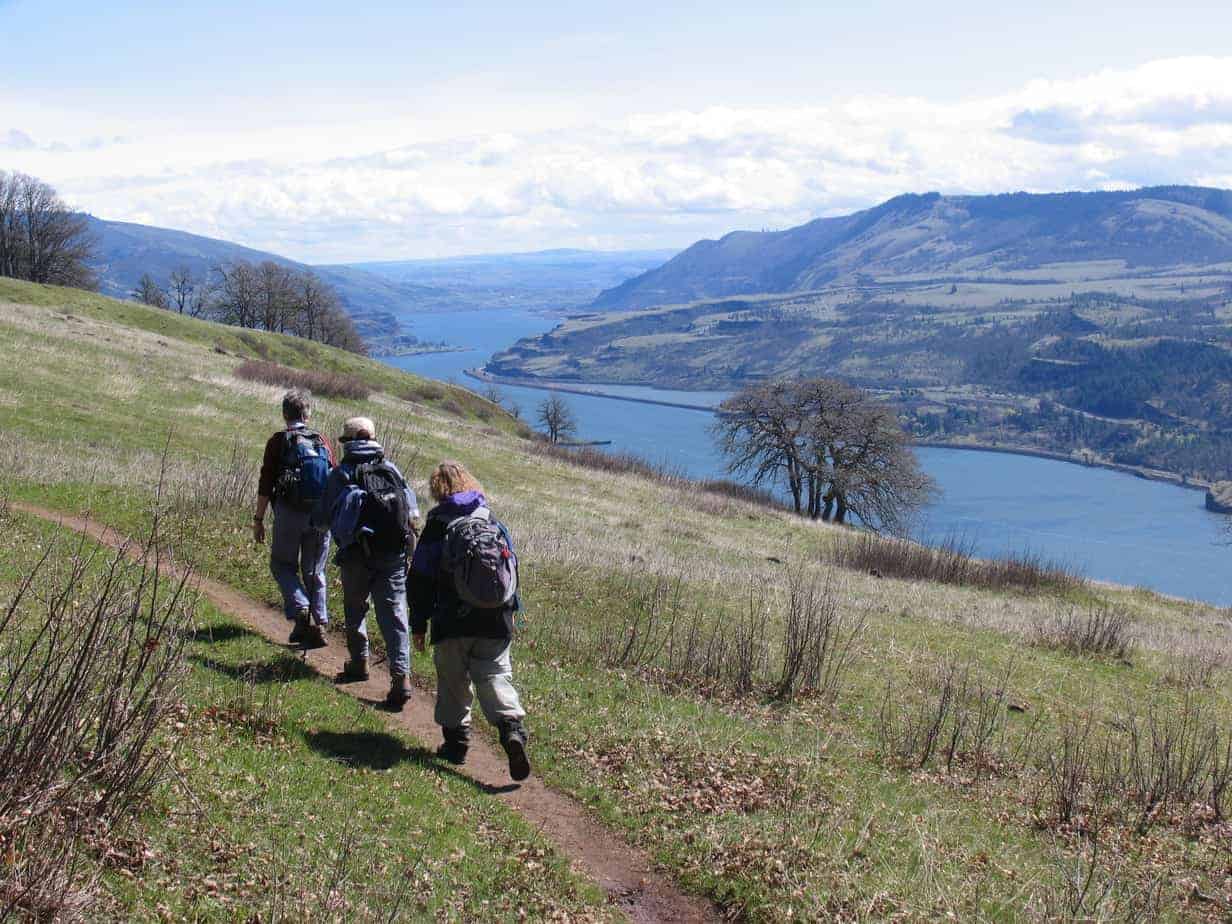 Well, it’s been quite a while since I posted news and conditions for the the Portland hiking scene. Let’s get to it.

I guess the main thing is the weather, which continues to not dump on us too much. The forecast for this weekend, even at Government Camp, looks good until Saturday night. Same for Portland, with highs in the 50s!

UPDATE: Apparently it could really turn grim Saturday night. As in, snow in town on Sunday?

So, where to go hiking near Portland this weekend?

First, remember that you’ll probably need a Sno-Park pass for many places.

I’ve been watching the snow level thread on PortlandHikers.org, as well as the trip reports. Here is a sampling of ideas:

One thing you can’t do anymore, probably til mid-June, is drive to Larch Mountain. That’s because Larch Mt. Road is closed.

There is a new trail we can hike, though — and it should be clear almost all winter. The Historic Columbia River Highway Trail has a new section, near Bonneville Dam. It’s only 1.6 miles long, but includes one new bridge and one from 1915, plus, as Terry Richard in the Oregonian points out, cyclists can now ride from Troutdale to Cascade Locks without having to deal with I-84. That’s 34 miles; who wants to hike it?

Of course, it’s going to pour sooner or later, so here’s a list of the best Portland hikes in the rain. Not definitive, but a good start. You could also go check out some of the places I’ve been recently, including:

Or you can just say, Screw it, and go tubing at Ski Bowl!

And finally, the Forest Service has announced new digital maps for smart phones. I haven’t checked them out lately. Have you? Post a comment below to let us know how they work — or don’t.