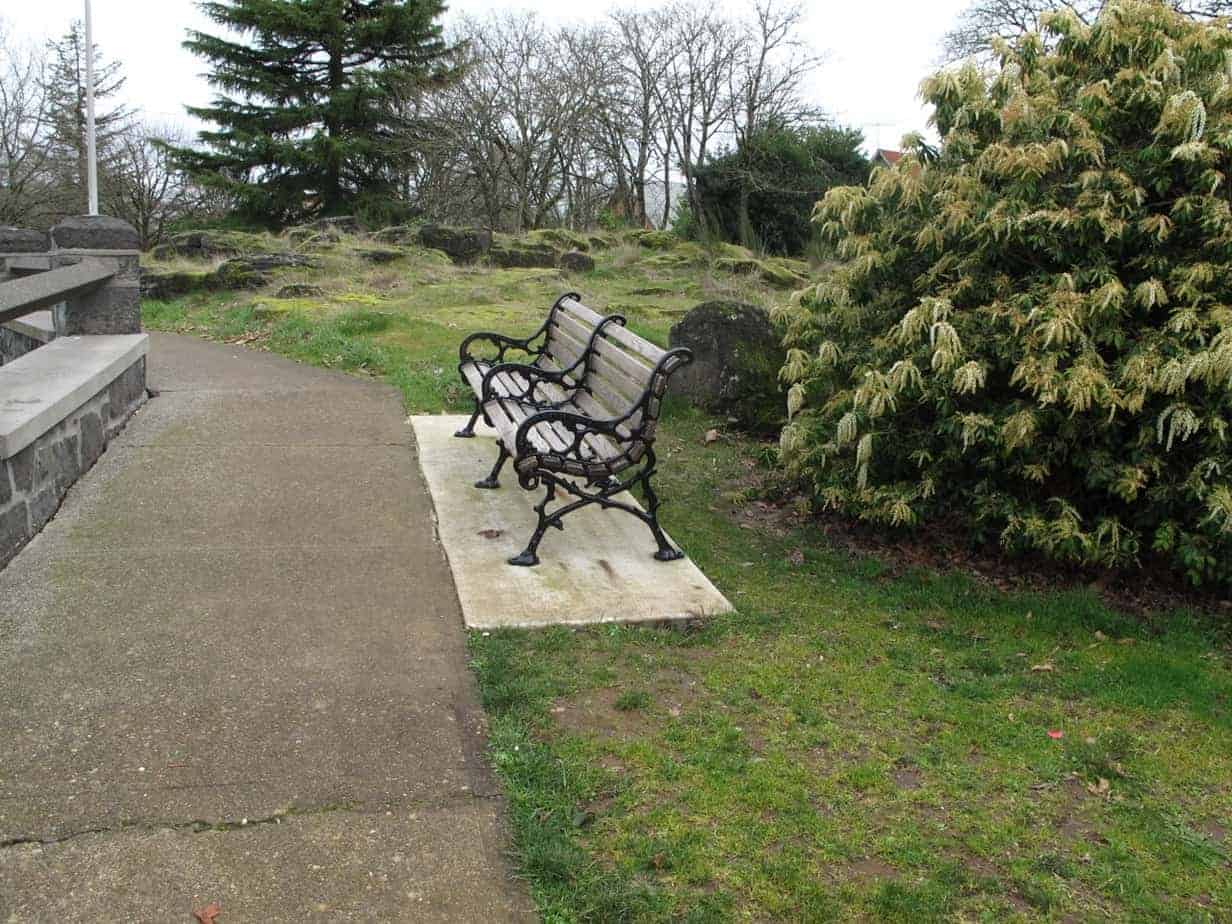 Every now and then I like to profile a place from my book, Peaceful Places in Portland. This week it’s off to Oregon City and a rather unknown little treat, the McLoughlin Promenade.

When you stand out on the McLoughlin Promenade today, you’re looking at the original destination of the Oregon Trail, about a 2,000-mile trail used by some 400,000 people in the 1830s and 1840s. Not all of them came all this way, but see if, for just a second, you can see Willamette Falls, without the paper mills, as a thing that families would have dreamed about seeing for months as they slogged across the continent.

Speaking of those paper mills, the one on the near side is slated for a mind-blowing redevelopment; I got a little tour and sample of what’s coming recently.

Another bit of history: in the Great Depression the Works Progress Administration laid this concrete, and in 2010 the government fixed it up again. Now it can be what McLoughlin himself probably envisioned: a peaceful, scenic place for folks to take a walk and look out over Oregon first city. We also now have rhododendrons, park benches, historical plaques, and a paved walkway.

And we still have the falls, and the history, as well. That history feels pretty alive when you’re up on the promenade.

Read more about Peaceful Places in Portland. Or just buy the book.

I also write about hiking, travel and spirituality,

and I offer great talks and trips.