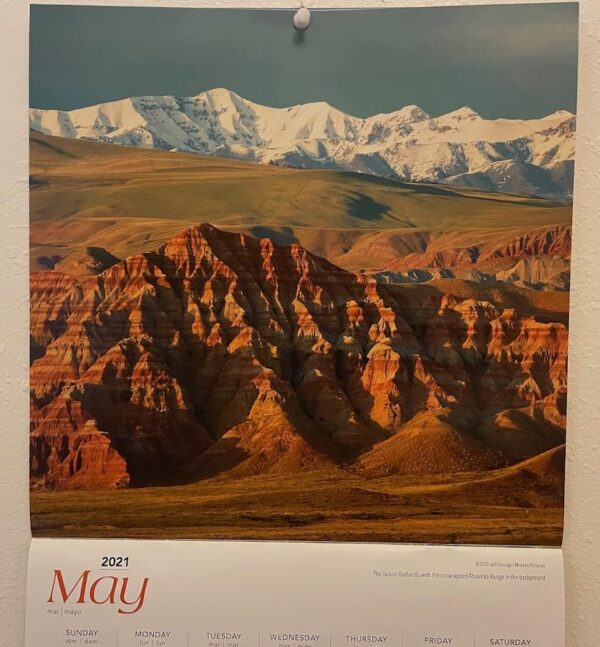 Today I flipped the calendar to May – quite literally a normal event, except that for me, May 2021 will be the last month I live in Portland, Oregon.

It will also be the last month I technically live anywhere. The last month, at least for a year, that I will spend in my home, surrounded by my stuff, hanging out with my friends, going to see my team play, hiking trails that I know, and basically knowing what each day is going to bring.

30 days from right now, I will be in my car, somewhere in eastern Oregon, headed for Wyoming, with a large percentage of my worldly possessions in the back, the rest of them in a storage unit, and no idea what will reveal itself around the next bend in the road – literally and figuratively.

After five weeks there, it’s off to Montana for five more. Then back to Portland for a visit — a bizarre concept, couchsurfing in a place I’ve lived in for the last 24 years. Then to London in the fall. Attached to all of this, of course, is a large, corona-shaped asterisk.

Flipping that calendar was one of those things where an ordinary event becomes wrapped up with an extraordinary event. When multiple timeframes start to converge. When something theoretical for so long starts to become a looming reality. When many questions, long posed and considered, will very soon be answered. It was the last time I’ll flip the calendar on my wall in Portland.

This leads to a common question, asked more and more of late by those same friends I soon won’t be seeing: Am I excited?

Good question. And the answer seems to be, “Sometimes.” At other times, it’s … well, confusing. Because I’m confused.

Also, I’m terrified. Those mountains have grizzlies in them, and sometimes grizzlies eat people. Happened just last week, in fact. Just going in the mountains solo is risky. And those cultures might not be welcoming, and as a straight white American dude – as well as a stone-cold liberal living in Portland — I’m not used to being out of my element, much less any kind of unwelcome minority.

Oh, and the whole damn thing, the whole Life Plan, might not work! That’s a little scary.

I’m also daunted. Anybody reading this ever gotten rid of almost everything you own and gone without a permanent residence? Me, neither. The sheer logistical challenge of unwinding a 24-year life in this city is beyond my comprehension, and every day I think of something else to add to it. Yesterday, for example, I noticed that a daily medication is down to a month’s supply. What if the doctor wants a visit to re-up it?

Also on that “how does this work?” list: health insurance, every subscription in my life, furniture, stuff I might want to sell, stuff to give away, finding a storage unit, finances, maintaining friendships, making new ones ….

And yet, there is relief, felt in advance. You know that “junk drawer” you probably have? I opened mine the other day and realized I’m about to throw the whole damn thing out. My toaster oven is failing, but I don’t need to replace it. The clothes I haven’t worn since my last move? Off to Goodwill!

There’s a sadness, as well. I still like Portland, though a little less all the time. Still, I’m not running from it or casting it aside. It just can’t compare with The Rest of the World. But I will miss friends, and home, and the Timbers, and certain places and rituals around town. I do worry about loneliness “out there,” and about being alone if something happens, like a rolled ankle in the mountains, or an illness. Or a grizzly.

With the sadness is also regret. Just tonight I spoke with an old friend in town whom I haven’t seen forever; we’re making a point to get together before I go. Cousins nearby are having me over for dinner — for the first time since before my dad died over a year ago. Another old friend, also unseen for years, recently gave me a hug and said it was nice to have me in his life.

Why are we just now seeing each other and having these conversations?

Here’s another thing to think about: what do you take with you? A friend who has done this before said it’s important to take some small thing that says Home to you, so that wherever you are – an AirBnB in Wyoming, a friend’s place in London, a hotel in Berlin – you can take that thing out and, at least in some small way, be at home. Look around your place right now: What would you take? Remember, it needs to fit in your luggage.

For me it’s actually a little stuffed panda that’s been with me since I was too young to remember. I don’t’ want to leave him in a storage unit. But do I really take him with me all over the world? I worry something would happen to him, but I also worry what people will think, a 54-year-old man hauling a stuffed animal all over the world, worrying about “his” feelings.

I mean, does he even “want” to go? He did spend a Christmas in Egypt one time. 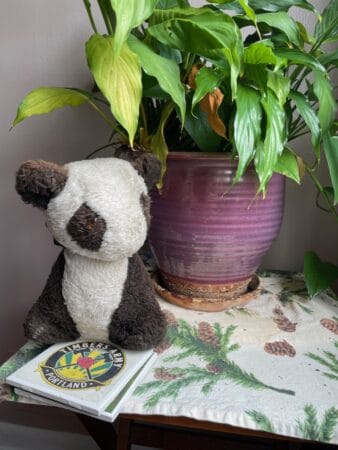 In AA, we refer to “geographicals,” the old idea we had as drunks that if we could just go someplace else and start over, things will be better. But, as we also say in AA, “Wherever you go, your baggage eventually arrives.” So I have to remember that whatever worries or anxieties I have here in Portland will show up, sooner or later, in Wyoming. Then what?

So yes, I’m excited. Most of the time. More often, I’m simply anxious to get started – not least because when I’m in that car in a month, headed east into the rising sun, all of this … stuff … that I am worried about now – the logistics, the packing, the shedding, the goodbyes – will be replaced by something else. 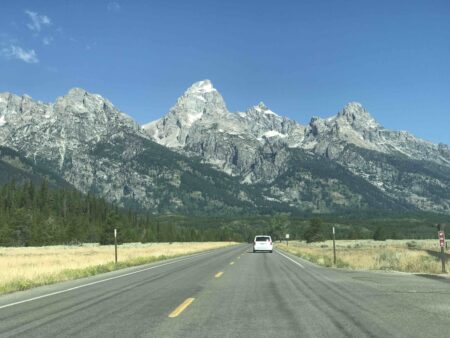 What is that “something else” that awaits me in Wyoming, and then Montana, and then London, and then and then and then? I have no idea. Well, I have ideas, but they are just that: ideas. Predictions. Projections. Hopes. Fears. And I am trying to approach all of them with curiosity, and faith, rather than attachment.

And therein lies the real excitement: I am going from the known – and, yes, the familiar and easy and friendly – with sadness and anticipation and some fear … into the unknown.

Last reply was 8 months ago