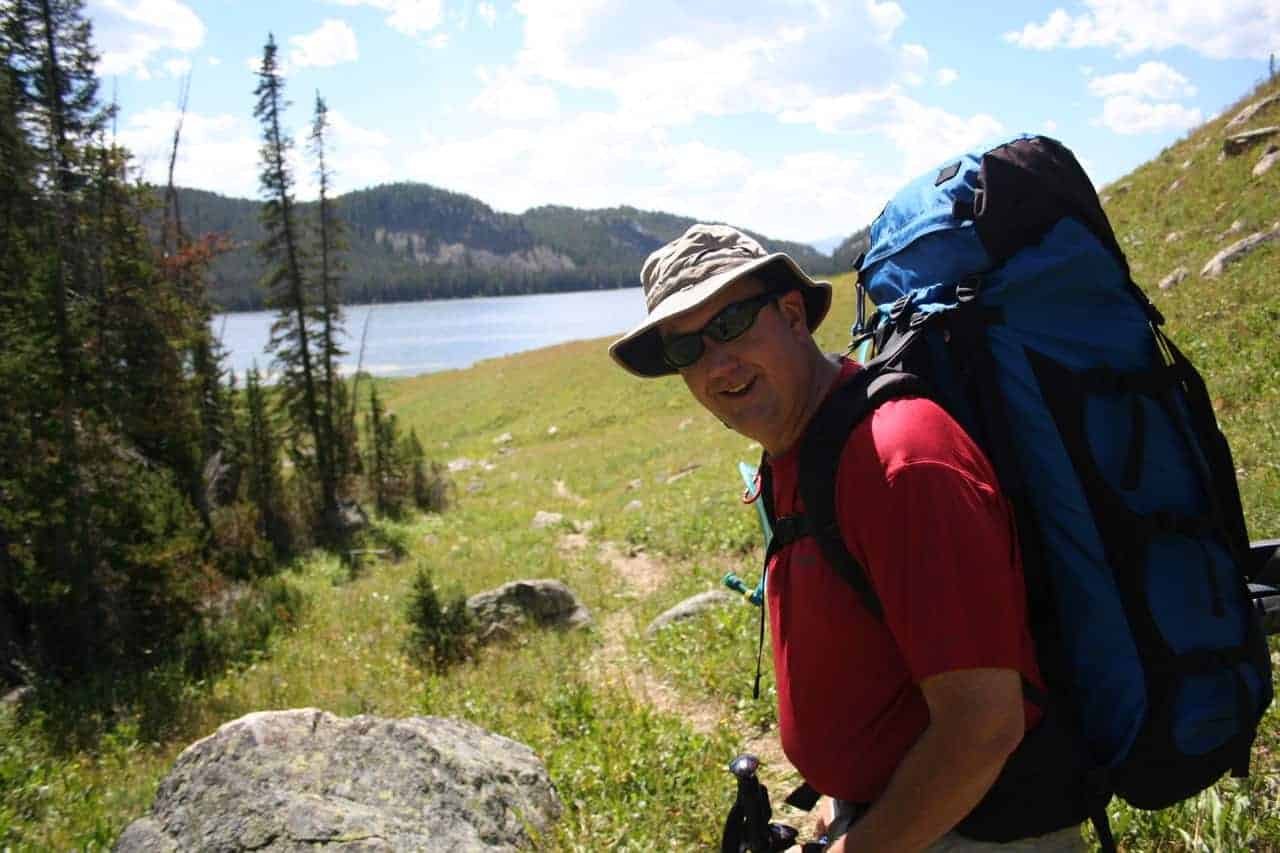 It’s not like I bring stuff on a hike just to get attention and comments, but there are a few things that, as I’m dropping them in my pack, I always think to myself, “I’ll be talking about that later!” And yes, I enjoy talking about these things.

If the people I’m hiking with are fairly new, there are some standard things we have to get through: Yes, I hike in these shoes. No, I don’t wear boots. No, I don’t like poles unless the terrain is completely nuts. The fanny pack is for my camcorder and a couple of snack bars. The thing on my hip is another camera; I call it my Photo Holster.

It’s at lunch that my gear really gets attention. First, we go to sit down on the usual logs or rocks, and I get out my little fold-up foam sit pad. I put it on the rock, sit down, and can always feel at least one person staring at me. I know what they’ll say: either “Wait, what is that you just sat on,” or “Man, I gotta get one of those!” Sitting on foam in the woods makes so much sense that, the first time people see it, they grasp it immediately, and they want it for themselves. I don’t know how many people have bought them just because they saw me sit on one, but I often think I should get a commission from whoever makes them.

I used to have an inflatable one, which was lame for two reasons: you have to blow it up (though I grant it’s only a breath or two), and it always gets a leak. I am large, and logs and rocks are sharp. So now I have one that’s just some kind of lightweight foam that folds up, and as I put it away, every time, somebody has sworn to buy one at once.

And then there’s lunch.

Ever since I was a little kid, I have liked to mix my peanut butter and jelly together. I have no idea why, but a layer of peanut butter next to a layer of jelly just doesn’t get it for me. I like the combined taste – and, as a bonus, there’s no loose jelly to squeeze out the other end when you take a bite.

Back then, I always used Smuckers grape, because that was “jelly” in the 1970s. The combo of that and Jif creamy tasted awesome, and still does, but it made a purple goo that actually looked like I was eating some kind of wildlife scat for lunch. I tried to hide it whenever I ate it.

When I grew up and got out of my non-food-creative family, I found out there’s a world of nut butters and a galaxy of jellies, jams, and preserves. This means that for going on 30 years, I have sought just the right combination of nut, fruit and bread – an ever-shifting target, by the way. It also means that the color of my lunch isn’t always so gross, so it’s not always a topic of conversation – unless I have old friends in the group, in which case they ask what combo I’m having today. It borders on asking what vintage I’m drinking.

Currently, I am all about almond butter and apricot jam on a seeded wheat bread. It makes a nice, golden-yellow mix that offends no one, but sometimes a fellow hiker will look over and crinkle their eyebrows as they try to discern what I’m eating.

I have probably had every combination you can imagine of nut butter, chunky and creamy, and all forms of fruit from peach to pomegranate. I don’t like it too sweet (blueberry is a bit much), nor too soft. We don’t want leakage, after all.

And sometimes I just say screw it, I want grape. And I want white bread. I know I’m eating 43 ingredients I can’t even pronounce, but when I’m at the top of a big climb or the end of a rainy slog, I couldn’t care less. Besides, if what I’m eating is horrible, at least I’m sitting on something both simple and profound.