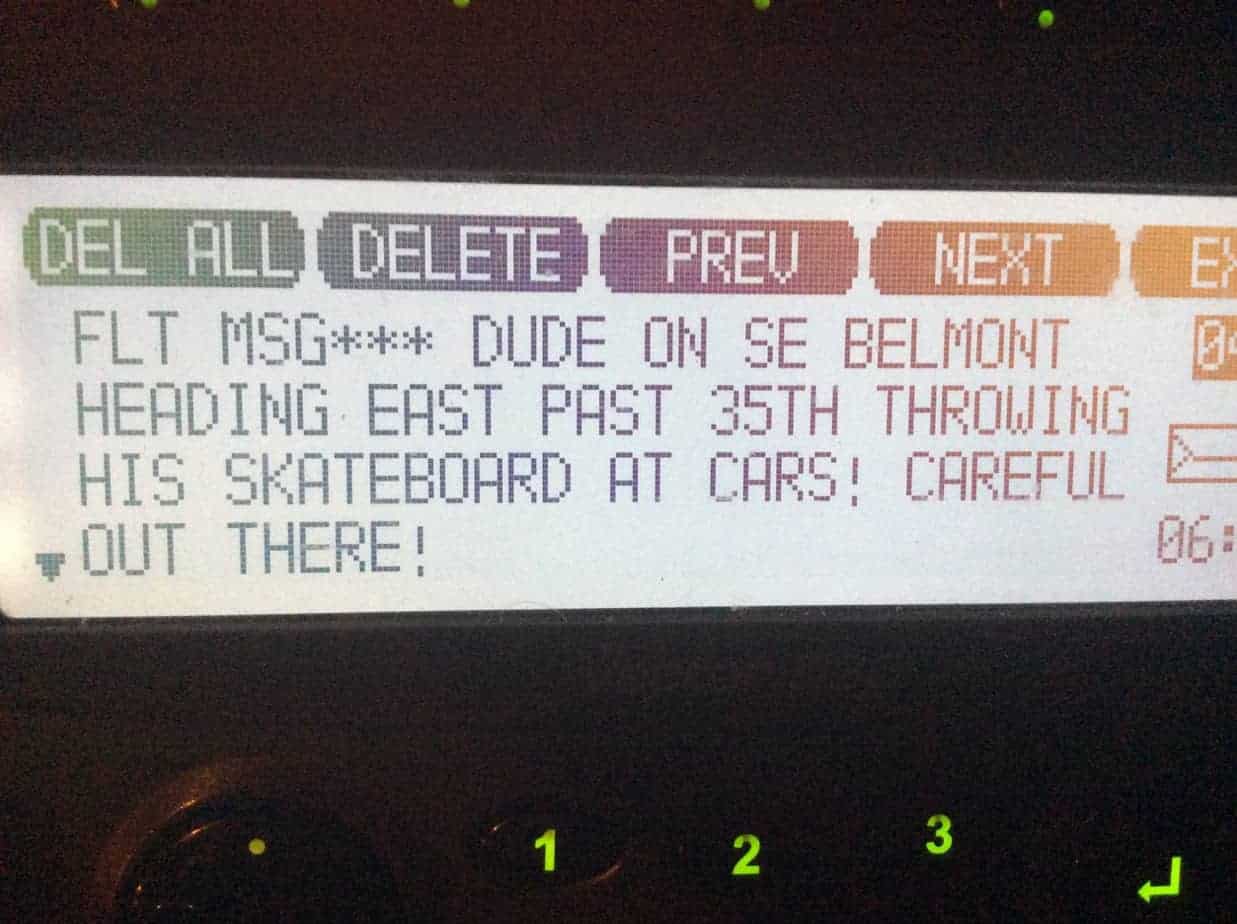 This has all been done before, and better, and from the night shift, but what the hell. I live, I roam around, and I write.

You’ve got your salt of the earth bar workers, closing the place at 3, cleaning up til 4, drinking til 6, then calling for a ride home, paying in cash and tipping great.

You’ve got your little old ladies going for dialysis and telling you you’re  a nice young man.

You’ve got your folks needing to get to or from the hospital, in varying degrees of shakiness.

You’ve got your regulars, like the veterinarian who doesn’t drive because of a crash in her youth, and a CEO who charges it to the company, to and from downtown, five days a week.

You’ve got all kinds of tourists who think they want to live here.

You’ve got your mom taking the kid to grade school, missed the bus, then heading back home before she heads off to work the lunch shift … at a stripper bar.

You’ve got your DJ at the stripper bar, who waits inside, which means you have to go into a stripper bar, which you think is the most depressing place in the world that doesn’t have “Ebola” in its name.

You’ve got your run-of-the-mill, semi-homeless, drunk (or something else) knuckleheads at the all-you-can-eat buffet restaurant in the shopping center, who when you arrive are arguing about where to go — the motel or “downtown” — and then decide they need to go to Radio Shack first to get a phone, all this while you’re standing there with your arms folded and meter running. So you take them to a Radio Shack — across the shopping center — and wait outside, folded and metering, while they argue about phones and completely freak out the Radio Shack people, then they decide to go BACK to the restaurant to pee, at which point they realize the meter is at $18, they’ve only got $20, and somewhat beyond unbelievably, they PAY you, then go back to arguing about how they’re wasting all their money, and freaking out the restaurant people. You drive off to pick up a cook heading in for the dinner shift.

You’ve got your young woman, with a bike, at a gas station at 7 a.m. on a Sunday. You notice she’s rather attractive. You guess, out loud, that she rode her bike to work last night and doesn’t feel like riding home. She says, with no more questions asked, that she went out drinking last night, hooked up with a guy, has to get to work now and is too tired and hungover to ride, and doesn’t know where she’s at with her life because she wants a real relationship now that she’s 29, even though going out for drinks and having sex is kind of fun and all. You wonder at the things people will say to a stranger. You drop her at the cafe, she forgets her kombucha, you take it into her, she thanks you and rubs your arm, and you notice she has nice legs and a terrific ass that you’ll remember for a while. You feel a little envy for the dude from last night. (More exciting versions of this story available for download, in video form, all over the internet.)

You’ve got your loud, hilarious dude from Oxford, Mississippi, who apparently orders a cab and then stands on the corner with his buddies to share a joint. Totally reeks. Talks Ole Miss football and Life in Memphis and southern food, then tells you a story so disgusting that you refuse to even write it on your blog. It makes you both laugh and scream so hard you can barely drive … but you wish you’d never heard it and are still trying to un-hear it. Still, when his address pops up the next day, you pounce. Dude pays $40 in cash, every time, and is entertaining.

You’ve got your very first passengers, to the airport, who just moved to town. They ask why you moved here, you say mostly for the cool temps and hiking, and they say, with no more comment from you, “Oh, we love to hike. As soon as we moved here, we went to Powells, bought that 60 Hikes book, and started working through it.” They say this as if it’s Standard Operating Procedure for new people to get ‘that 60 Hikes book.’ They are excited to be your very first passengers. Slightly more so to be told that you wrote the 60 Hikes book.

You’ve got your pregnant lady you pick up at a bar, who says take her to the ER because she feels awful, and you say where the nearest one is, but she says go to this other one because “They’ll pay for this cab ride,” at which point you know that ain’t nobody paying for this cab ride. But you’ve got a sick pregnant lady in the car, so off you go to the ER, where for some reason you actually write out all the information for her to come to the office to pay (which is kind of funny) while the nurses shake their head at the whole thing and you realize why Sick Pregnant Lady at the Bar calls cabs instead of 911, to wit: Stiff a cabbie, walk away. Stiff an ambulance, trouble. You chalk it up as your service work for the day.

So, you know, it’s interesting. And I love it so far.