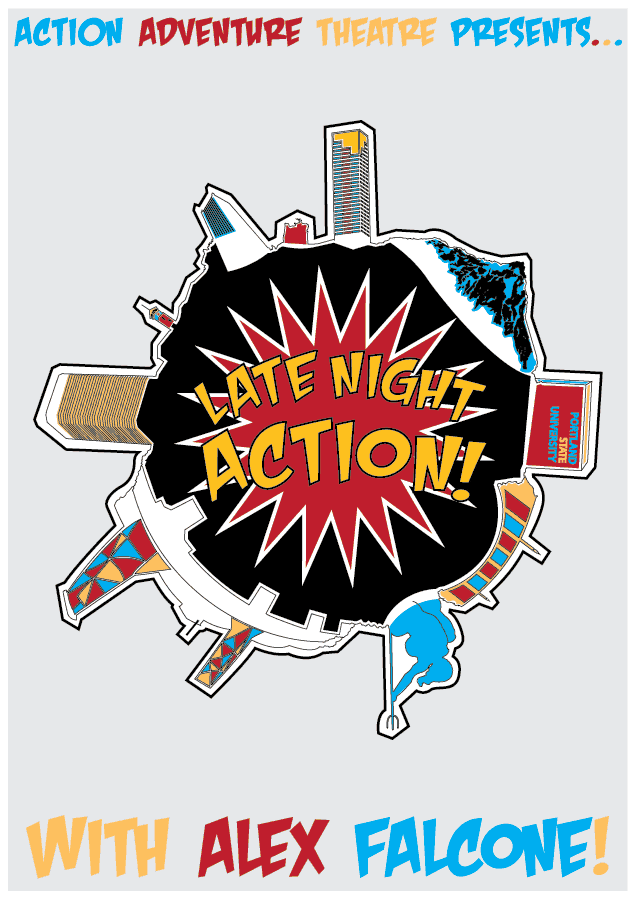 On Friday, January 25, I will be appearing as a “celebrity guest” on Late Night Action With Alex Falcone, a kind of “Tonight Show” deal with a monologue, comedy sketches, a band and then guests. From their website:

I’m really excited about it, for one thing because I had no idea such a thing existed, and for another because I love being in front of an audience.

So here’s the thing: I get two free guest passes for this thing, and I’ve decided to give them away. It couldn’t be easier.

Just go over and subscribe to my “Breakfast Bulletin” newsletter by this Friday at noon, and then I will pick a name from the list of new folks. There’s no other obligation, no charge, nothing. The Breakfast Bulletin is about once a month and generally harmless; here’s the latest one.

I do ask, however, that if you receive the passes you be sure you’ll actually use them.

The show is Friday, January 25th, 9 to 10:30 p.m. Actually, it goes on every Friday and Saturday night through February 9, and I can’t wait to go see it this Friday, to see what I’m getting into! Here’s more:

The show is hosted by PDX comedy veteran, and Action/Adventure ally Alex Falcone (Helium Comedy Club, Bridgetown Comedy Festival) and will feature Alex’s breezy crowd work, original writing, and quick wit. He’ll be supported by a dynamic group of professionals from all over the Portland comedy scene, most notably sidekick: Bri Pruett (Curious Comedy, Fall of the House, Bridgetown Comedy Fest), and a great sketch team that will feature the best and brightest comedic voices from the Pacific NW.