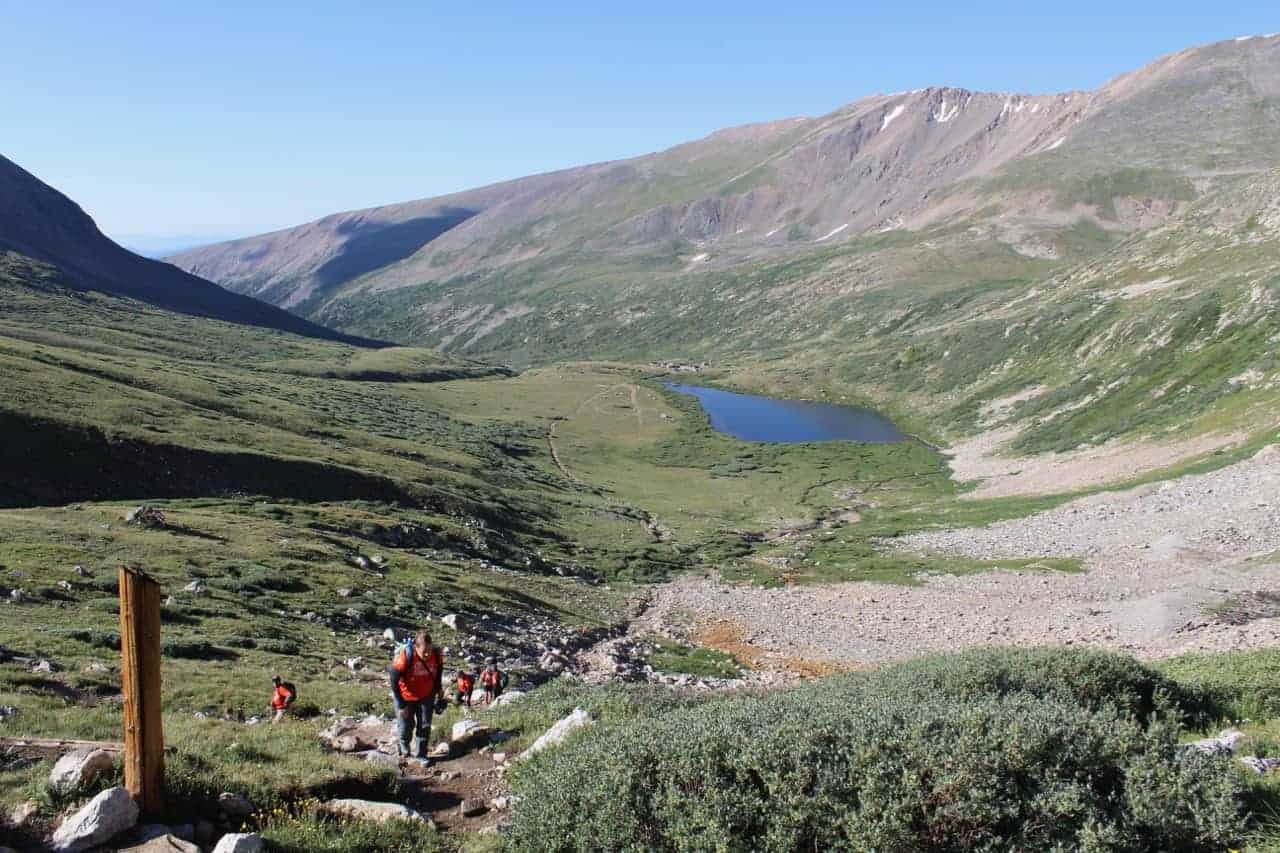 You hear a lot in recovery, and western spiritual circles in general, about staying in the moment. And sometimes, because I can be a bit of a crank, I want to smack people when they talk about it. But recently I had a good opportunity to practice just that — maybe not exactly in the moment, but at least sticking to today rather than making up some tomorrow to worry about.

The scenario was this: I was going to be leading a hike for a group of people I hadn’t met, so the day before I went to do the hike to check it out. It was also at pretty high elevation, so I was preparing myself physically as well as mentally. And, it being my first day at high elevation, and my first hard hike in a while, I struggled a bit.

Now, if there’s such a thing as a normal and healthy person, that would kind of be it: I struggled the first day, but since that was just a practice day it didn’t matter. I would do better the next day, and whatever happened I would deal with.

But I suppose I’m not normal and healthy, at least in this regard. Instead, my struggles on day 1 set off a carnival of fantasies and delusions about day 2. I was actually walking along on day 1 with my head sounding as if I was in fact on a disastrous day 2, with my physical struggles at least as bad and the whole group annoyed at and disappointed with me. I mean this in the sense of my thoughts, not that I was in some altered state where I was confused about which day it was … much.

Even during the hike on day 1, I kept telling myself, “This is not day 2! Nobody is annoyed or disappointed. You’re just freaking out because you’re tired.” But it didn’t completely work. I went through — put myself through — a fair amount of stress about shit that wasn’t happening outside my head!

Exactly why I would do this is an interesting question that I honestly haven’t worked through yet. But what I was doing was really clear: I was making up an entire day that didn’t exist, during which a lot of bad shit was going to happen to me. And I was, of course, driving myself nuts and ruining any shot I had at enjoying day 1. And ironically, blowing up day 1 would actually increase the odds of trouble on day 2.

So here is where two tools of recovery came into use for me.

The first was simply telling myself, “You are making shit up. This is today, and today is not tomorrow.” Just in a very practical sense, that isn’t helpful, even if I’m making up all sorts of super groovy things that will happen to me tomorrow.

The second tool was separating the hype from reality. In other words, yeah I could be in better shape and that’s a worthwhile goal, but that doesn’t mean I’m a faint piece of crap who’s going to fail and bum everybody out tomorrow. Or yes, I could have prepared myself and the group a little better, but those are helpful lessons for next time around, not indications that I should never do this again because I suck. And so on.

As it happens, both days went fine, and I was really exhausted, and I got lots of positive feedback from the group, and I still found all sorts of things I think I screwed up. It’s just what I do.

And in the end, that’s the biggest lesson for me: not that I could stand to lose weight or exercise more or work on my guiding skills — although that’s all useful — but to remember that sometimes I go a little overboard on worrying about things and finding faults with myself. Or a lot overboard.

It helps to remember that, because then I can go to a really helpful thing my sponsor one said about resentments: they are like cats. If you don’t feed them, then eventually go away. So maybe the next time I’m on a hike I can just say, “Oh, right, here comes the crazy like it always does; I wonder if there’s anything useful in it.”