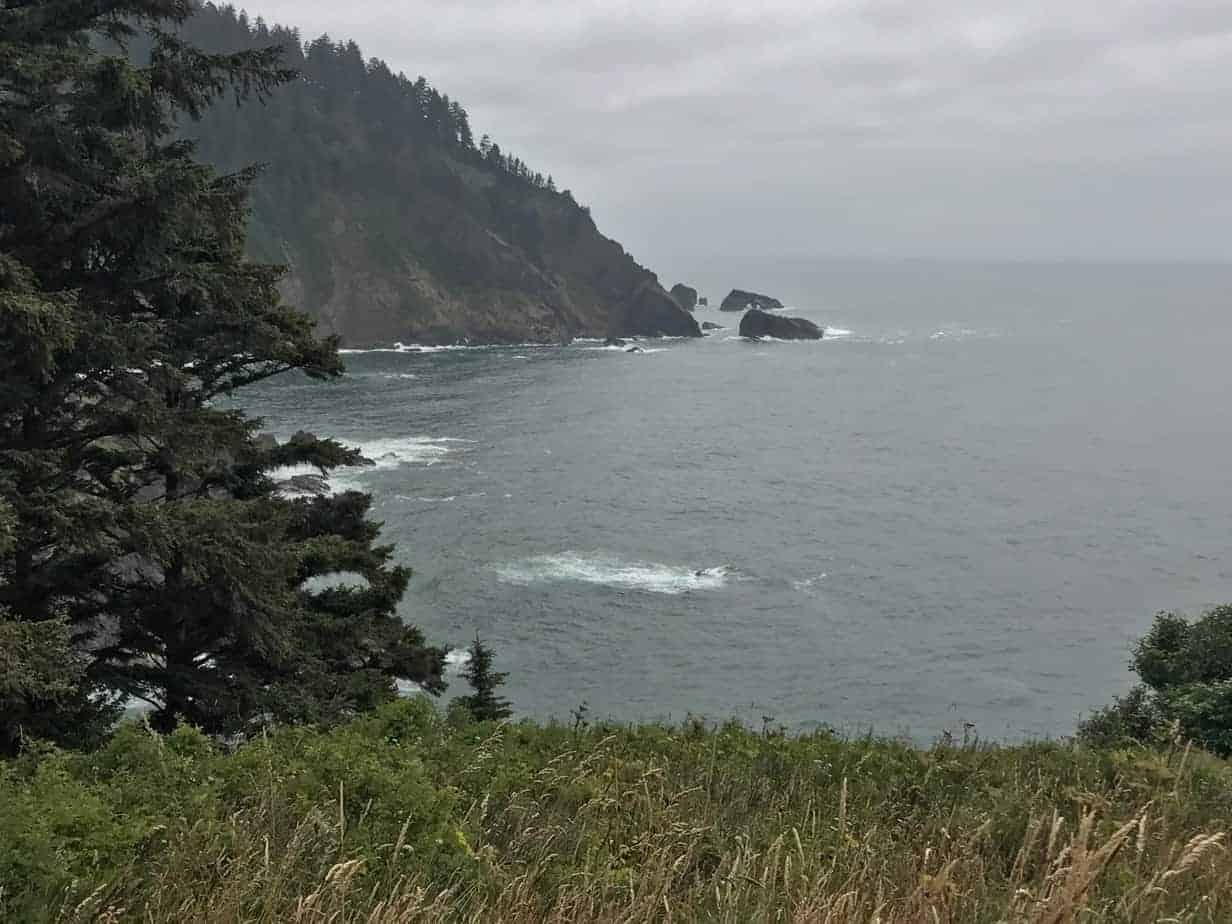 Cascade Head is part national forest, part county park, and part Nature Conservancy. It offers beach and river access as well as two rarities: coastal meadows, high above the sea, filled with flowers and grasses and butterflies. And it’s not too much work to reach these treasures.

To get there, you head for US 101 like you’re going to Lincoln City, but turn north from where Oregon Highway 18 comes in near Otis. A short distance up, you’ll see Three Rocks Road to the left; that leads to Knight Park and the trailhead #for hike #1 below. Keep going on 101 and, just before the crest of the hill, look for a road leading left into the woods; that leads to the trailheads for hikes #2 and #3, but it will be closed between January 1 and July 15 each year.

Let’s take a quick look at these three hikes at Cascade Head.

This one starts from the parking lot at Knight Park, by the mouth of the Salmon River. Follow a trail through the trees and along the road, then keep following signs until the trail goes into the woods and starts climbing a bit.

It gets brushy and crosses a few creeks, but it isn’t much work. After just over a mile, you’ll pop out into the open in the meadows, with a decent shot at spotting elk grazing or a bald eagle flying overhead. From here, the trail will keep climbing as much as another 1,000 feet or so. Just do as much as you want and head back.

Get a Signed Copy of my Book,

60 Hikes Within 60 Miles of Portland

If you take the second road off 101 described above, you’ll first come to a trailhead at a right-hand turn in the road. This is for the upper access to the meadows, and it’s a very straightforward affair: You just walk out through the woods on an old road for 1.3 miles, and there you are — at the top of the meadows. You can then go down towards Knight Park if you’d like or just hang out.

You could also, if you were feeling up for a slightly bigger challenge physically and logistically, do a cool shuttle: Leave one car here, take another to start at Knight Park, then walk up here on hike #1 and take the car down to hike #3.

The hike with the best variety at Cascade Head starts at the end of the upper road. This one leads about three miles out to more meadows with views of Hart’s Cove, and it starts out in an unusual way: downhill.

The first mile or so loses about 500 feet of elevation, then it levels and goes in and out of a few creek drainages before popping out into the meadows. Especially early in the hiking season (which starts July 15), this meadow can be really grassy and brushy, as no hikers have been in to trample down trails.

If you head for a clump of trees off to the left, you’ll have a nice place to sit with a view of Hart’s Cove and a waterfall that drops into the ocean. Throughout the second half of the hike you’ll often hear sea lions barking, as well. And if you’d like, there’s a little adventure trail down to the ocean from beyond the trees. Just be careful!

Read about more great hikes near Portland. Connect with Paul: