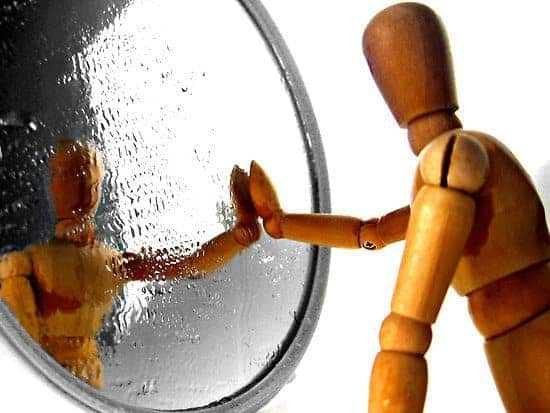 The other day I was headed into a conversation with a friend, when I caught myself getting excited about one particular thing we might be talking about: drama involving other people.

Basically, this friend of mine is involved in a situation which I have avoided because of its high potential for drama, but then I realized I really wanted to hear about the drama, and one or two other people in particular. This was an uncomfortable realization for me, but an honest one.

I went ahead with the conversation, of course, but when the drama came up I resisted asking for names, and I did a pretty good job of not feeing into it — I think.

I’ve also exchanged some emails with somebody I met in a workshop recently. We had a nice connection there, and she’s talked about getting together sometime to catch up — but, same deal. The reality of my motivations came clear: I’m attracted to her. That isn’t a bad thing, of course, but I am in an awesome relationship right now, and I have no desire to cheat … so why am I seeking out the company of this woman? And why, in particular, am I looking through her photos on Facebook? Why have I not mentioned this to my girlfriend … and did I even mention to the workshopper that I have a girlfriend? What’s all this about?

I suppose there are a lot of interesting answers to these questions, but what strikes me now is that I wouldn’t even be asking the questions — and I might be headed for some really unhealthy behavior — without the ability to pause and check my motivations.

It’s something I learned in recovery, of course. One great example from my early sobriety was when I broke my arm, and the hospital sent me home with a bottle of vicadin. The label said take one every four hours, as needed, and I was all freaked out that it would make me feel high and I’d start craving it.

So I called my sponsor — another skill I learned in recovery — and he first said, “Remember, it says ‘as needed,’ and I’d suggest you un-need it asap. But if you need it, take it.”

And he was right. All I had to do with those pills — all I have to do as I approach any situation — is ask myself why I’m about to do what I’m about to do. This won’t get me to the answer of it being the right thing to do, but at least I’ll be straight on why I’m doing it.

Some examples of not doing it that way:

The point here is not, Should I be taking this job, or talking with this woman, or taking these pills, or having this conversation. The point is, Why am I doing it? And why am I doing it in this way? Why not just ask her out, ask Dad for help, etc.? And why go into a conversation at all if my motivation is to talk and hear shit about somebody else? Is it because I want that person to have screwed up, maybe because he didn’t take my advice and I’d be proved right?