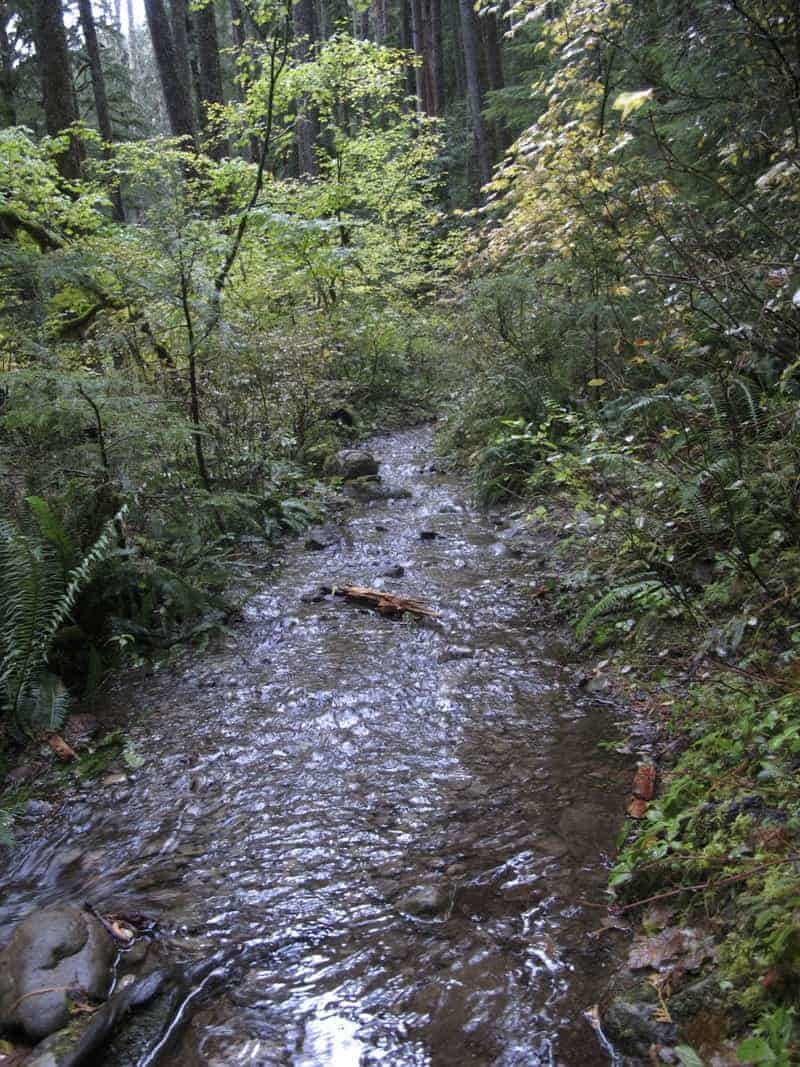 Usually, in this space, I would give you some news related to Portland hikes, and conditions relevant to possible hikes near Portland this weekend.

Instead, I think I’ll just say what must be obvious: If you’re thinking of hiking this weekend, good luck!

The Portland forecast shows rain all weekend with a wind advisory talking about gusts up to 50 mph on Saturday — and that’s in Portland! For Government Camp, it’s rain tonight, 12-18 inches snow at the passes on Saturday, 18-30 inches at the resorts, and winds of 20-30 mph … I mean, when they say winter storm warning, I tend to stay home, and I don’t know, maybe go eat breakfast.

One thing to keep in mind is that, as you’ll see in this clip from KGW TV, Benson Bridge at Multnomah Falls is closed because a rock fell off the cliff and tore a three-foot chunk out of it! Good thing nobody was on there, like they were in 1995, when an even bigger rock hurt a bunch of people.

(If that embed doesn’t work, watch the report here.)

Okay, here’s my thing: Why do they make the poor fool reporter go stand out there in the dark and rain at Multnomah Falls, when there’s not a damned thing going on there, so he can report “LIVE!” and say, like 14 words? What does that add to anything? Other than the totally ridiculous nature of local TV news, I mean.

Here’s the real bummer: A Forest Service guy told KATU, “I don’t see this bridge being repaired in the next couple of months by any means.” He went on to say it might not be ready for tourist season, which I guess means May/June! Yuck. I call that hiking season!

Can we still hike up there?

You can’t go up towards the falls past the viewing platform right by the lodge, and you can’t do the full Wahkeena-Multnomah loop, which sucks. You can, however, start at Wahkeena and follow the loop as far as Larch Mountain Trail well above Multnomah Falls, then head up there. It’s beautiful, and other than the snow you can still go all the way to Larch Mountain. Plan on in that in about June.

So, I won’t bore you with all the amazing snow-free hiking reports from January 5 at places like Lost Lake, Bull of the Woods (!!!), Bald Mountain (!!!!!) and so on, since even as you read this, those places are getting pounded by snow. Hey, it was fun while it lasted.

I will tell you, though, that there is some talk of building a Wildwood Trail bridge over Burnside. That would be hip.

Okay, if you really insist on hiking, you can check out my Hike of the Week this week, Wilson River Trail — since you won’t see anything but trees and water anyway. Or you can read my list of the Best Portland Hikes in the Rain and see what you think of those. Or you can take my advice, stay the hell in town on Saturday at least, and go eat brunch at Olympic Provisions. Get the kielbasa hash and think about maybe a snowshoe on Sunday.

Until next week, then.