Well, another weekend is upon us, and among the Portland hiking community, the question remains: Where is the snow? Just as I reported last week, there basically ain’t any. 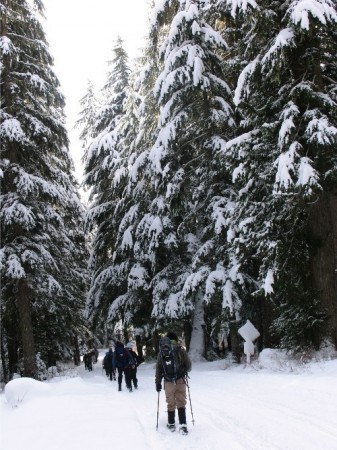 Maybe, though, I should say that among skiers the question is “Where is the snow”? Among hikers, it’s more like, “Who cares? Let’s go hiking!”

First up: People, leash your dogs on the trail! 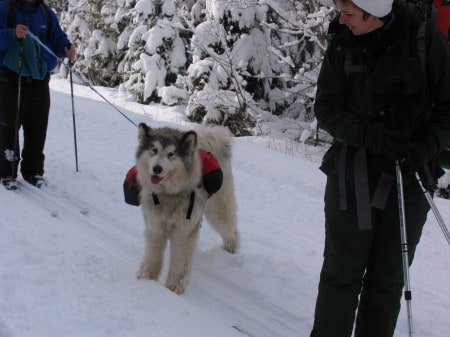 You want to bring him home with you, right?

I now it feels “right” or whatever to turn them loose, but (A) it can really annoy other people, (B) they can get lost, and (C) they could fall off a cliff. In both of these cases, the story has a happy ending, but that doesn’t change the facts. Leash your dogs on the trail. 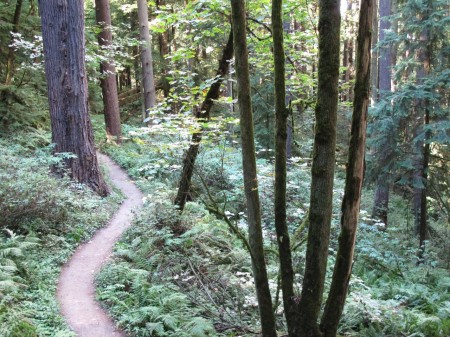 Go get some nature in the city!

I guess this isn’t news, but it was to me. There’s a cool blog called Exploring Portland’s Natural Areas, which is pretty much what it sounds like. I found it because they did a post of upcoming nature events in Portland. Check ‘em out. 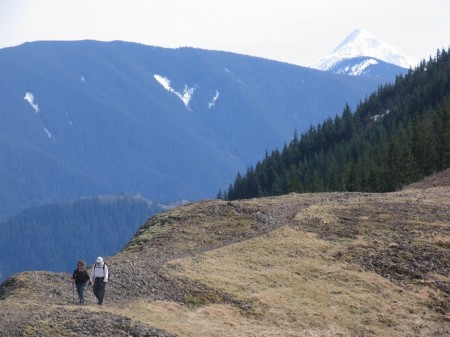 About what Mt. Hamilton would look like right now (picture taken in April).

So, for this week, let’s start with the weather. The Portland forecast is sunny and in the 50s – though I’ll believe the “sunny” part when I see it. The Government Camp forecast calls for, you guessed it, sunshine and above-freezing temperatures during the day. Next chance of snow looks like Monday night – then it goes back above freezing for the rest of the week with no real precipitation expected.

Over at PortlandHikers.org, I’ve been reading trip reports, since nobody’s even bothered to post in the Snow Level Thread since December 27. Anyway, it shows very little snow below about 5,000 feet!

Here’s a summary of some area hikes that have been reported as virtually or completely snow-free lately:

Where to Go Hiking Near Portland This Weekend 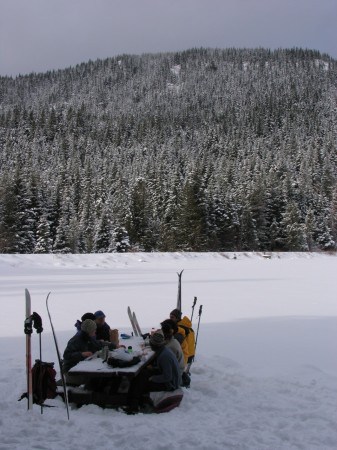 Mazamas ski trip to Trillium Lake – in a normal winter.

Well, it’s probably too late to get one of these for this weekend, but there are “rustic” cabins for rent at state parks in both Washington and Oregon. I say “rustic” because some of them are nicer than some apartments I’ve lived in.

I’m probably headed for something chill in the Gorge this weekend. I’m spending time with my sweetie, so it’s more about state of mind than miles or elevation.

Otherwise, check out some of the options from various hiking clubs around town:

Okay, that’s it for now! Maybe I’ll see you on the trails this weekend. If you go someplace fun, let us know how it went. One commenter will win a $10 REI gift card.

And I put out an e-newsletter every couple of weeks.

Peaceful Places in Portland: The Grotto