I guess I don’t need to tell you about the weather we’ve been having; Fall is clearly here! 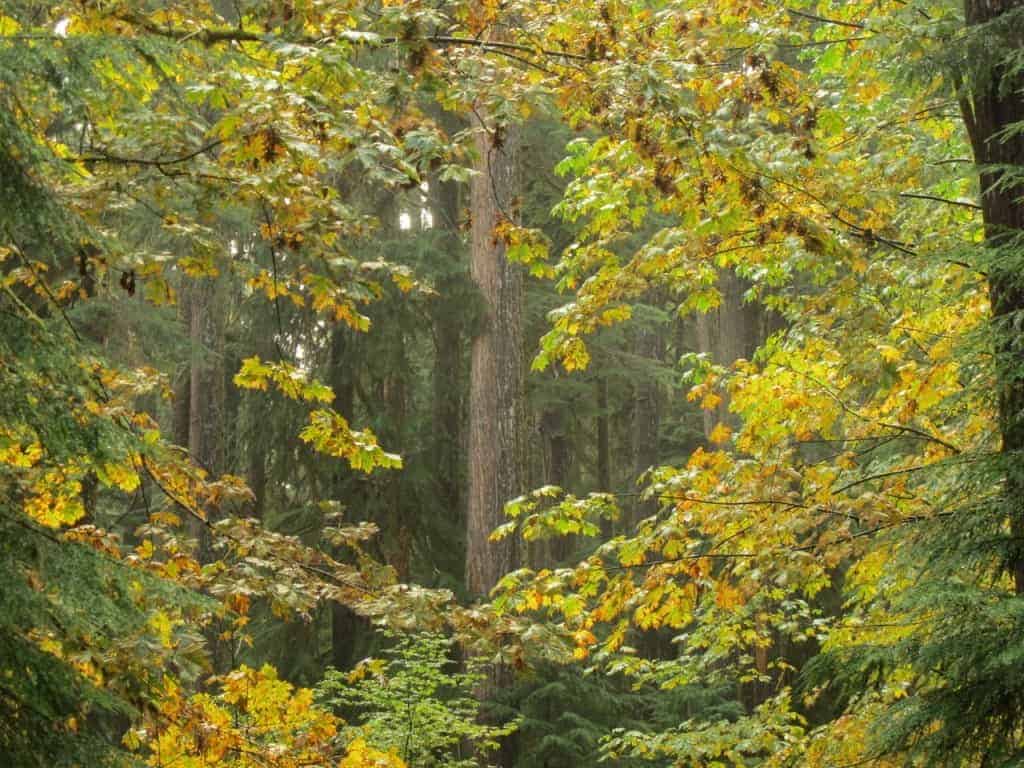 But the weather for this weekend actually looks pretty good, so let’s get out there and do some hiking! Here’s your forecasts for Portland, the coast, and Government Camp.

Besides, what’s better than fall colors? I even started a 2013 Fall Colors Thread at PortlandHikers.org, so folks can post updates and photos like the one above and this one:

The weather is a major player these days, and one thing it does is bring rockslides and other problems. I’ve seen, on PortlandHikers.org, two reports recently of rockslides on popular trails. One is a small slide on the Salmon River Trail — small unless you were under it when it happened. And as this report shows, there’s more rock to come.

Another slide reported was on the Larch Mountain Trail above Multnomah Falls. Here’s a photo, and it looks a lot more serious. Couldn’t figure if it’s been fixed or not. Something to keep in mind if you’re doing the Multnomah-Wahkeena Loop or trying to get from the falls to Larch Mountain.

Another issue is snow, and near as I can tell — from reports online and some hikes I did this week — we got a few inches of snow down to about 5,000 feet last weekend-ish. Not sure much of that will melt off too fast, especially with the cold nights we’re having. Might just be a smidge too late for your Mount Hood / Timberline Trail hikes this year. Maybe this week of sunny weather will help.

Now, you want serious weather? Let’s look at what the recent rains did out there. I was at Opal Creek Wilderness on October 1, and here are a couple shots of Opal Pool. First, a typical summer scene: 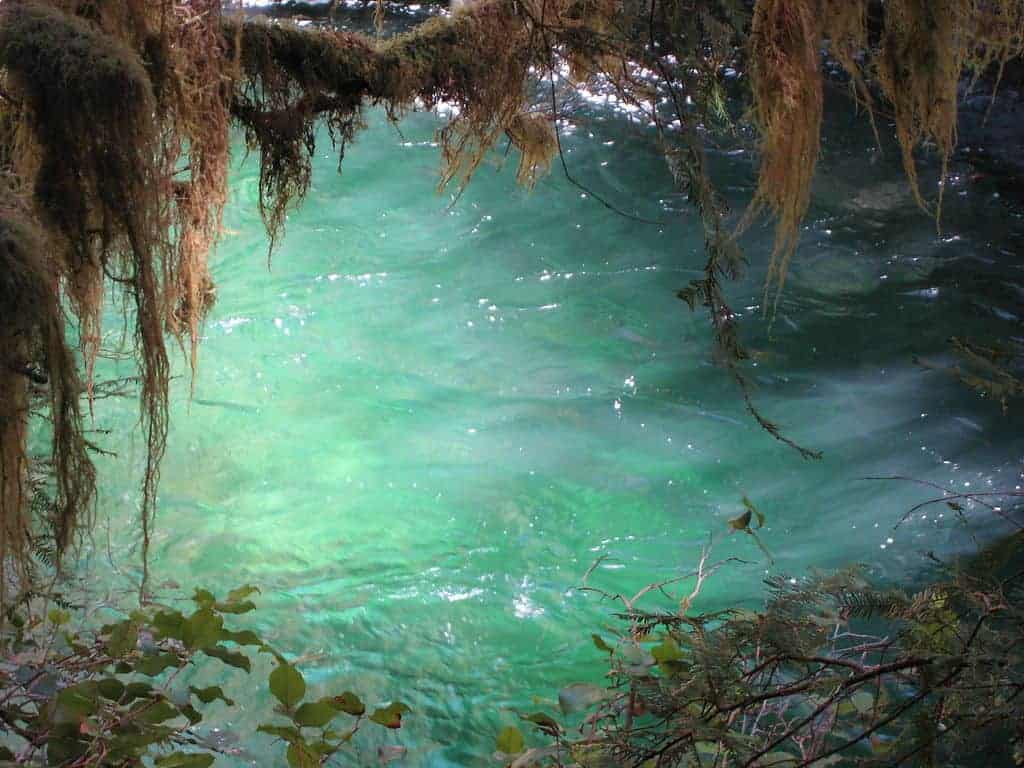 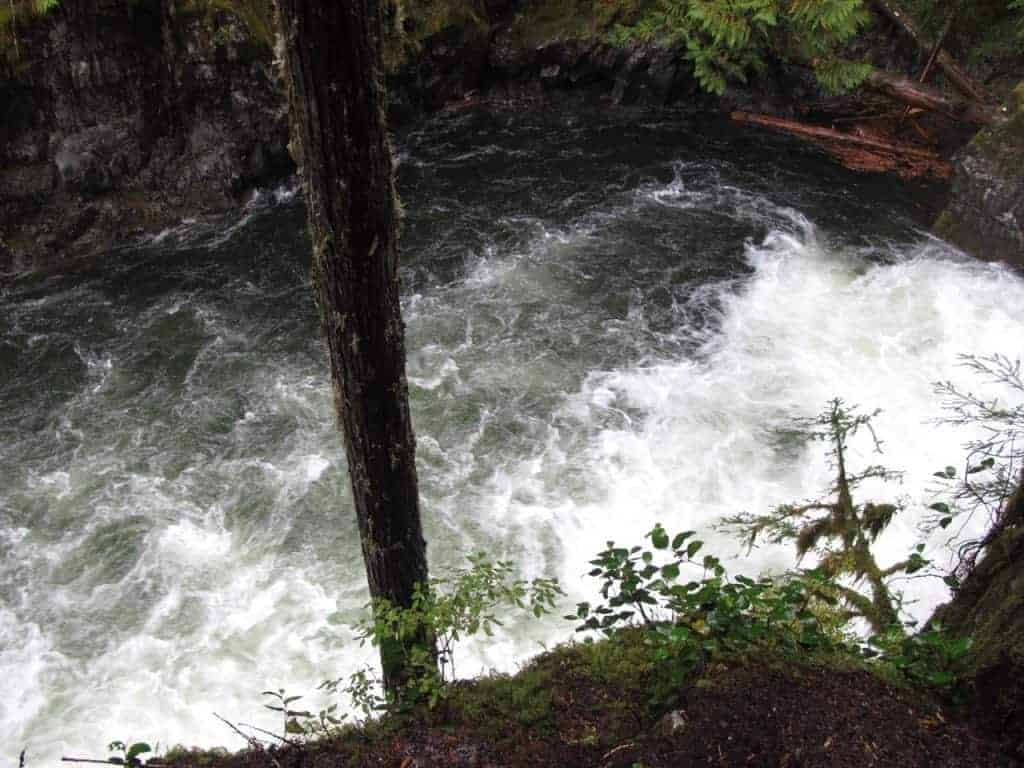 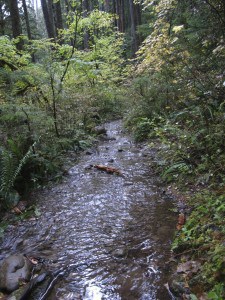 I’m supposed to hike where?

And finally, some sad news. The terrific folks at Washington Trails Association have been trying to work with a private landowner to restore access to the Mount Mitchell Hike. (It’s up near Mount Saint Helens and appeared in earlier editions of 60 Hikes Within 60 Miles of Portland.) The local director, Ryan Ojerio, has reported that, for now, anyway, they’ve about given up. They’ll meet again this fall to consider future options, but it will be a while before we get this view without having to hike about 20 miles: 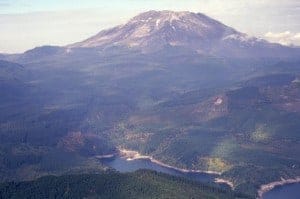 Cape Horn Loop: One of the best fall colors hikes in the Gorge