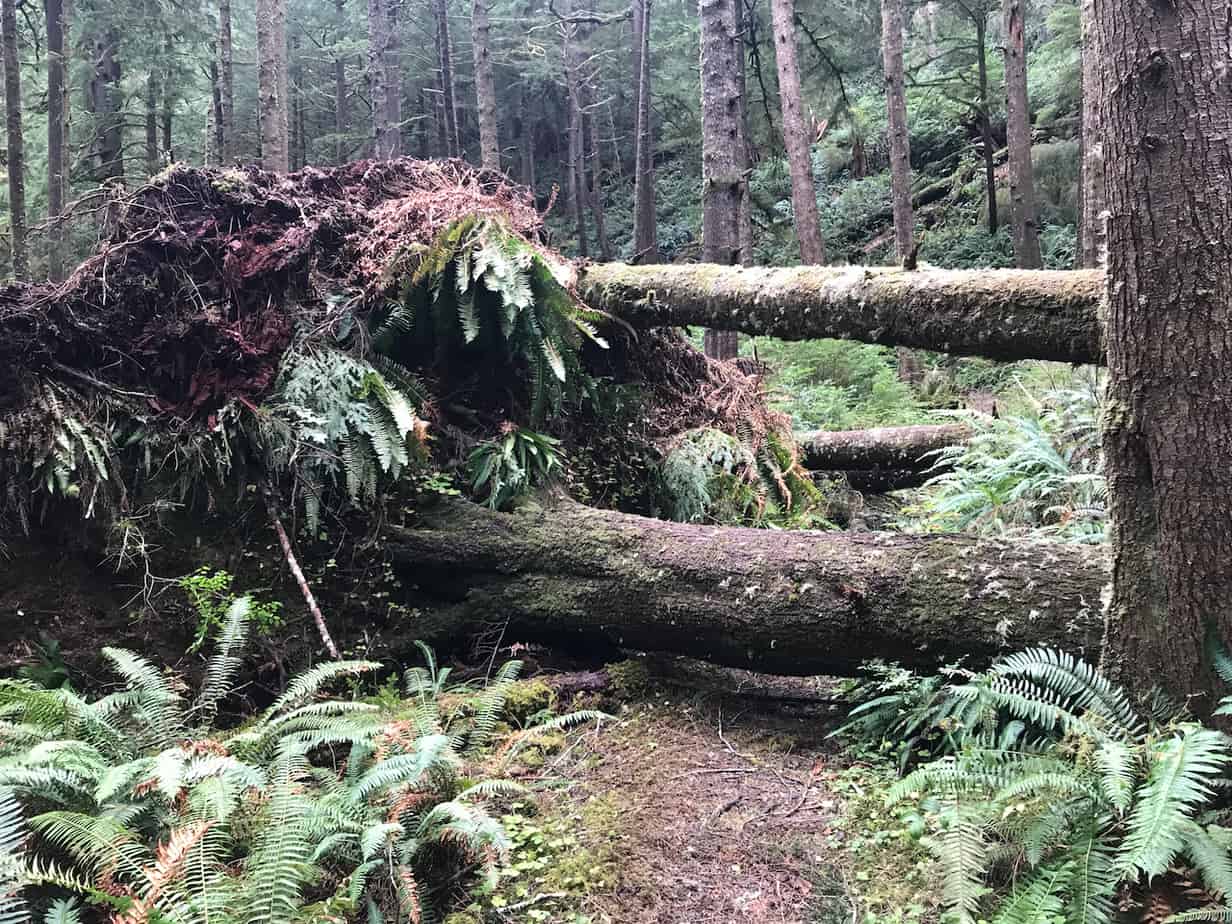 I went out and tried to hike some of the Oregon Coast Trail on September 21, 2020, and it is a total mess. There was no fire here, but I assume that what I saw was the result of winds around Labor Day.

Near as I can tell, you really can’t hike from Arch Cape to at least Cape Falcon right now, and in fact some of that trail is officially closed.

I drove first to the trailhead on Shingle Mill Lane in Arch Cape, to try and hike south to Manzanita. There, I was greeted with this sign: 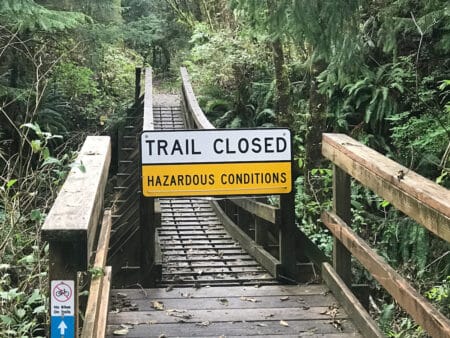 A few miles south, where the Coast Trail crosses 101, was a similar sign.

So I drove down to the next access point, which is off Falcon Cove Road a hundred yards or so off 101. This is the beginning of a lovely stretch of around three miles south to Cape Falcon.

Here, I encountered a sign which I failed to take a picture of, but which says the trail is “open but not maintained.” Interesting.

My buddy and I made it about a mile, easily stepping over, under or around close to a dozen blown-down trees like this:

And then, from the 1.0-mile point to the 1.2-mile point, where the trail starts to go over a little hill, we his these three:

Again, these were all within a quarter-mile, maybe. And it was getting worse, as I assume the hilltop we were going over got plastered by the Labor Day Wind. So we bailed.

I did see cars at the Cape Falcon trailhead, but I don’t know the condition of that trail.

Until somebody can get out and work on these trails, I wonder how much of the Oregon Coast Trail is even hikeable at this point. Certainly not the part immediately south of Arch Cape!

Volunteer for Trailkeepers of Oregon

One more bit of perspective:

And we got a nice little forest treat, anyway: 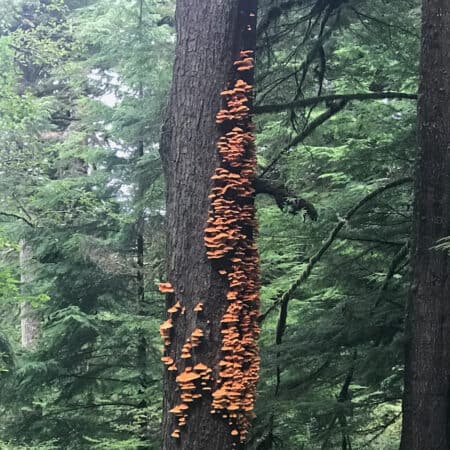