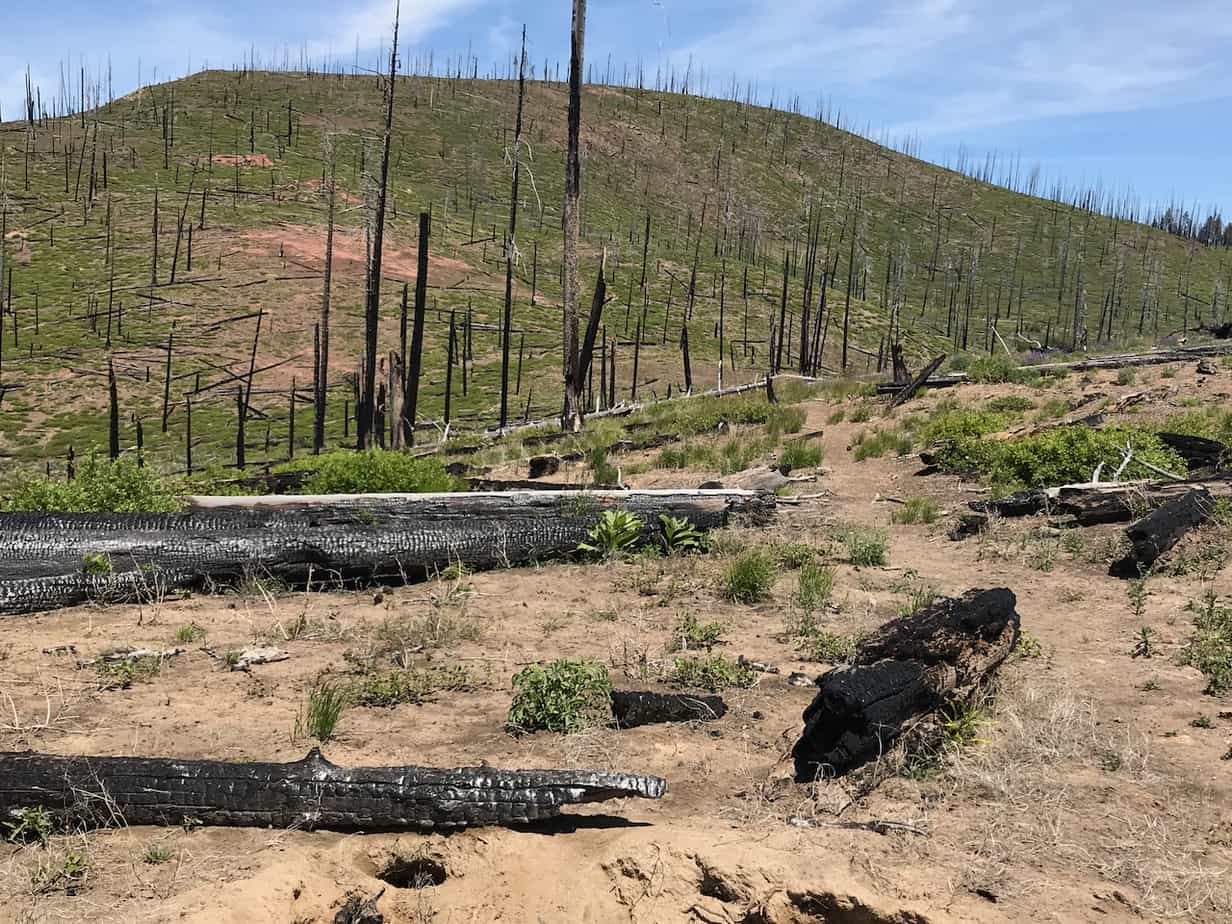 Think about those words along with something you love. Let them sink in, notice the feelings that come up.

Now try these on:

Let me be clear that I am here going to talk about forests, hiking trails and camping areas — not lives and homes. Losing lives and homes to a fire is tragic and awful, and neither words nor photos can ever convey it.

Words and photos can, however, fail to convey other things. They can even misrepresent things. At the very least, when there is nothing behind them except fear, ignorance, and a need for attention, they can create a lot of unnecessary stress.

I can point to any number of media pieces regarding the fires in 2020, all of which will talk about natural areas being destroyed, ravaged, and so on — while also pointing out that nobody has been up to those areas and nobody can even fly over them. So on the simplest level of word meaning, how can you say it’s been “destroyed” when you can’t possibly know if that’s true? And why would you?

Wait for the next media cycle, and the photos, and it is almost always the same thing: the sight of green trees giving people relief and surprise, people talking about “mosaic burns,” volunteers swarming in to help, and experts saying it’s all part of the process.

Is the rememberance of Part 2 ever worked into the next Part 1? I’ll let you answer that one.

Forests are created by fire exactly as much as they are destroyed by them. We’re the ones who get attached to how a forest is, the way we “like” it, and then mourn when it isn’t that way anymore. Saying you like the Cascade forests but not fire is like saying you like the Cascades themselves but not volcanoes. Sure, you don’t want to be around when it happens, but everything we hike on, in and through around here was created by fires and volcanoes, as well as floods and landslides, just as much as sun and rain.

And sure, some areas get scorched. Go hiking up above Marion Lake sometime. That area burned in 2000, and it’s hardly grown back at all. Many areas will look like that again this year. But not all of them. Probably not even most of them. And are they even “destroyed,” anyway?

I would never tell somebody to not mourn a natural area they love when it’s damaged. Your process and feelings are obviously yours. I will, however, suggest that maybe, in order to reduce the stress and despair, you try a few tricks.

Think about an area being affected by a fire, rather than destroyed. Think about a fire that is on the ground, clearing out brush and leaving big trees standing. Think about seeds that can only germinate after a fire. Think about all the fires that have occurred here for millennia before we arrived. Skip ahead to the part where the pictures aren’t as bad as you thought they might be. Look at all the pictures, not just the scary ones. Be curious about how an area came through, rather than assuming the worst. Think about the chance to watch it all grow back. Think about other timeframes, like a forest that exists for centuries and a human who lives decades.

And if you want to go even deeper, ask yourself why we’re so attached to how things are. Why is a green forest “good” and a bare one “bad”?

Nothing “always is.” The two times you hiked Opal Creek before were in two different forests; only the scale and timeframe of change has been adjusted enough that we notice it.

The forest has been through all this before. And so have we. It’s just hard to see that when the fires are burning, real human tragedies are unfolding, and the media is shouting about destruction and loss.

One last thought. When I think about Opal Creek not being as it was before, and even if it turns out to have been severely burned like the area above Marion Lake, it makes me wish I could travel back in time and see it like it was, one last time.

And then I try to think about every place I enjoy now, and remember that it is always changing as well. In fact, it could also burn down any time.

When I think about that, I remember every moment is precious, every chance to see and hear and feel and connect could be the last time. It makes me love what, and who, is around me that much more, knowing it could al be gone tomorrow.