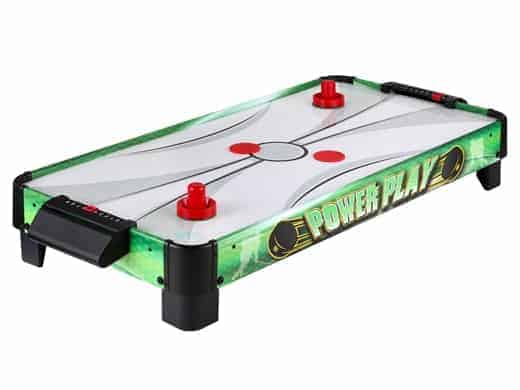 I picked up a dude at a local tavern. I can almost guarantee if I named it, especially if I said where it was, you’d know it. I can also guarantee you’ve never been in. Perhaps wondered.

Well, I can tell you. It’s a local tavern, which is to say it’s just like every other local tavern, and it’s pretty much a portal into the world of the alcoholic. Or, as my grandmother used to say, morning drinkers. The kind of place that when they call for a cab, and you walk in 10 minutes later, they know you’re the cabbie. Even if they didn’t call, they know you’re a cabbie. Because they don’t otherwise know you. And nobody new goes into these places.

The bartender calls the guy, says your cab is here. He lifts his head from the bar and waves. Points to the half beer in front of him. I think to myself, “So it begins.”

Couple minutes later, he semi staggers out of the bar, carrying something. This something turns out to be, incredibly, a mobile air hockey game.

I was shocked, awestruck, mesmerized. I stared at it, and all I could think to say was, “Is that a mobile air hockey game?”

“It is,” he said, with a mild slur. “It’s the most amazing fucking thing ever.” He kind of caressed it.

“I didn’t even know they existed,” I said.

It had the little paddles, the size of cupcakes. It had a puck about the size of a poker chip. It had a little fan in a box underneath it, which he turned on, then he set the thing down on the back seat, and the puck started floating around! It truly was a miracle, in my very own taxi. I wanted to have a game right then and there, except one of the goals was broken off and he had dropped it on the floor.

That’s when I saw, on the sidewalk, a pair of very tattooed arms, one of them with a hammer in its hand. In between was a tee shirt that said, “We Put the F U in Fun.” And all of this was headed for the cab!

I barely had time to wonder what the hell, when one of the arms gently tapped on the window. Air hockey dude looked up and rolled the window down. One of the tattooed arms pointed at the air hockey game and then gave the curly-finger “give it here” sign. Dude slumped a little, sighed, and handed it through the window, which he then slowly rolled up. All of this happened without a single word passing between them.

“He said he had dibs on it,” dude said. “But I thought he had left. Turns out he just went for the hammer.”

“Yeah, what’s with the hammer?”

“Oh, he was just gonna bang something together in the bar. He works here. He got the hammer from Uribe in the kitchen.”

I mean, of course. Who else would you hit up for a hammer other than Uribe in the kitchen? And dibs is dibs. That was good enough for me. The hammer was a coincidence, the dibs were called in, and the air hockey game was gone. Miracle over. We looked at each other, shrugged, and off we went.