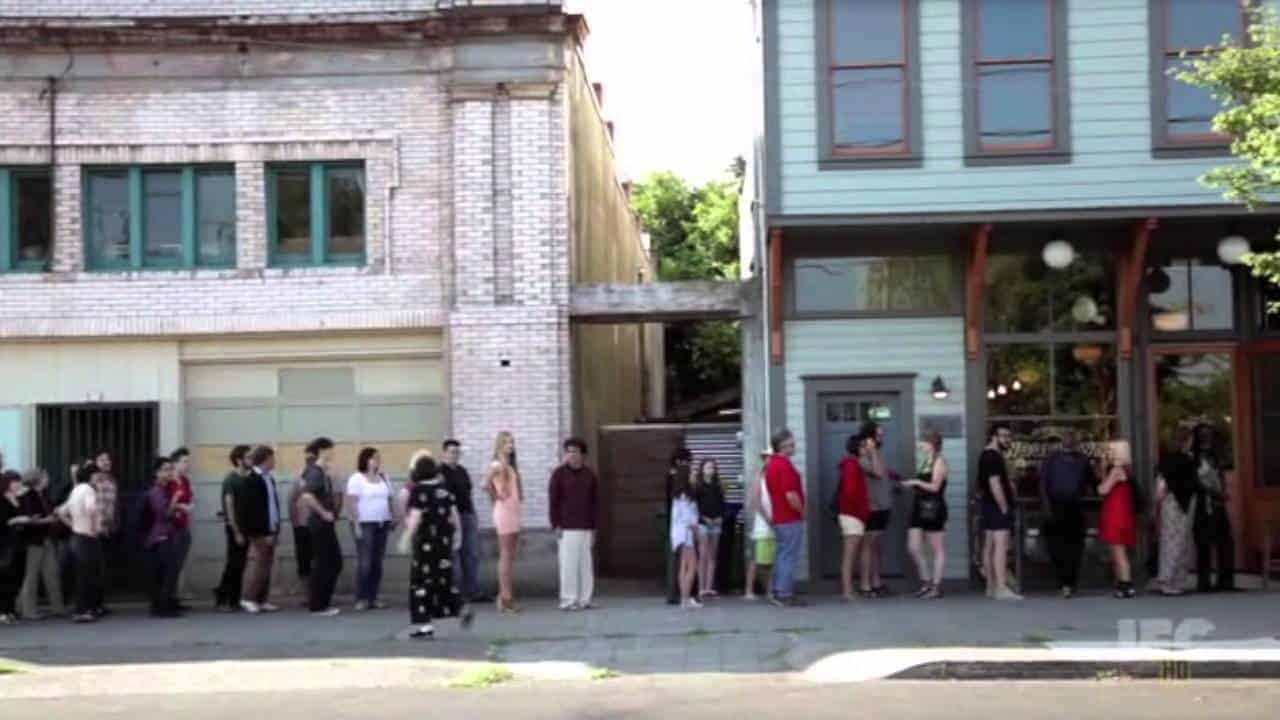 [dropcap]W[/dropcap]ith Portlandia’s “Brunch Village” episode getting so much attention in town, and me being the Portland Breakfast Guy and all, I figured I’d spend some time trying to figure where they filmed it all.

First, here’s a little preview of the episode:

I tried to do screenshots from iTunes — hey, at least I paid for it! — but that didn’t seem to work. So I’ll just go with this, because it’s interesting to see how they piece these things together.

First of all, they didn’t film it at the Screen Door — but they could have! Read my review to find out how to beat that legendary line, though.

The exterior shots of “The Fisherman’s Porch” were pretty easy to locate, since it clearly said “Woodlawn Coffee” in the window. And, just like the mayor said, it’s on Dekum. But Ed’s place “next door” is actually Pattie’s Home Plate over in St. Johns, which I reviewed way back in 2006. For this, they actually used the same interior: that is, no doubt, Pattie’s inside. (As one of them says in the scene, it’s kind of a restaurant and kind of a drugstore.)

The inside of Fisherman’s Porch is harder to figure, but it’s not Woodlawn. It’s got white tablecloths red chairs and wine bottles. Not much to go on here: anybody got a clue? Did they just dress up a corner of Pattie’s?

The line also stretches in front of the fictional “Women and Women First” Bookstore, which is the former In Other Words on Killingsworth.

The one shot that made me actually laugh out loud was the “end of the line,” with the guy banging the car with a sledgehammer. That, and the whole funny thing with Tim Robbins, is the parking lot just north of the Morrison Bridge, I think — right by City Liquidators. So these exterior shots are all over the place, really pieced together.

The mayor was, at one point, going the wrong way on the river when he said he could see OMSI, but in the next shot he had it right and said he could see a submarine. I wonder what non-Portlanders think of such remarks, if they even notice them.

It’s a funny episode, and for some of us, a little too close to home, as usual!