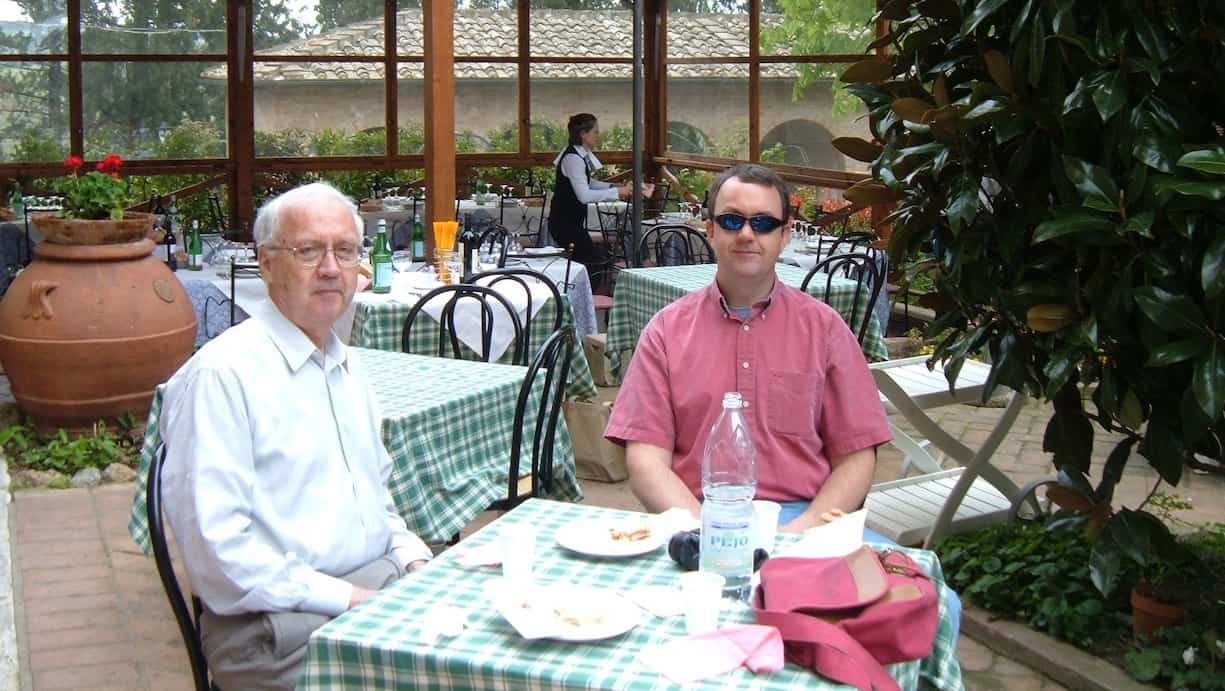 Each person, while passing through this world, leaves behind them a wake of experiences, little bits of their character sprinkled on those whose paths they crossed.

In the case of Barry Elmo Gerald, whose heart gave out after almost 86 years on January 6, a remarkable pattern emerges in these memories of co-workers, family members, and friends. Each story is a moment shared with a truly lovely human being, who treated them with kindness, respect, compassion, and just enough irreverence to keep things light. Even in the rare story where Barry got mad, it was always restrained, appropriate, and laced with humor and perspective.

He would admonish a wayward child with a tone of understanding and forgiveness. He would suggest a better way forward through some complication without letting on he thought your idea was silly. He would share information without commenting on the quality of yours. When he wasn’t telling one of his many charming stories, he would actually listen to yours. He would be deeply disappointed by an Ole Miss football loss but also remember, and remind others, that it’s just football, and we’ll get ‘em next week. He would even, especially in his final years, express a true intimate feeling or two!

Barry Gerald was born February 10, 1934, in Greenville, Mississippi. He was a bookish child who always dreamed of being a doctor, like his grandfather. He once said that his father, Elmo, a Leland-area cotton farmer, “Never really understood how I lived my life, but he always supported me to the best of his ability.” It was a lesson he would apply and pass on to his three children, Lucy Cook, Lee Gerald, and Paul Gerald. They are in turn doing their best to pass it on the grandkids – Rebecca Davis, David Cook, Jeff Cook, Jack Gerald, and Max Simpson – and even a great-granddaughter Barry got to meet, Josephine Davis.

He graduated from Leland High School and met his future wife, then Marjorie Brown, at Ole Miss. She was a Rebelette and he on a path to a medical career – both fine catches. They wed August 6, 1955, and Marjorie and the kids followed Barry and his medical career from Mississippi to Houston, Cincinnati, Oakland, Little Rock, Boston, and eventually to Memphis.

The quiet book-lover from Leland thrived in the academic medical world and eventually served as the Chairman of the Radiology Department at the University of Tennessee Medical Center in Memphis from 1980 to 1995 and again from 2004 to 2009. He was also Medical Director for Radiology at LeBonheur and St. Jude and Chief of Radiology at The Med. There were many other titles, positions, and honors, and he and Marge enjoyed a lifetime of international travel during their 64-year marriage.

Barry Gerald will be remembered as a good doctor, father and husband, as well as a positive influence on many careers and lives. But mainly folks will say he was just a really nice guy – the same nice guy at home, work or on the tennis court.

The world could use more Barry Geralds, but we must now give him a break, for even in death we assume he’s extremely uncomfortable with all this glowing talk about him. We will let him go, with thanks, love and best wishes, for one last trip down to the delta and a final swim in Deer Creek.

Barry respectfully requested that in lieu of flowers, donations be made to The Church Health Center of Memphis.