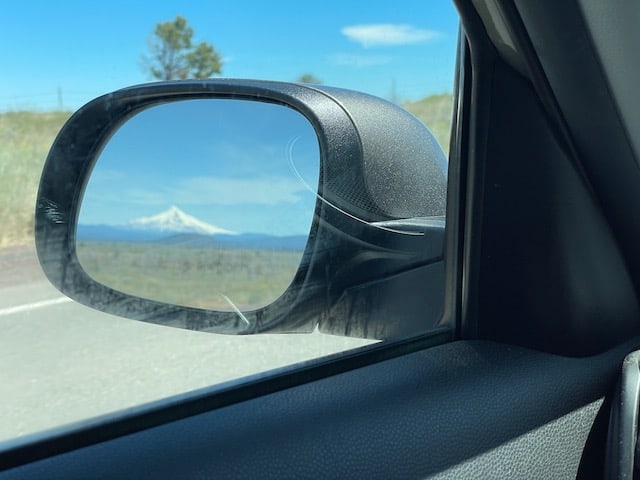 Somebody asked me the other day if I missed Portland, where I lived for 25 years, and I immediately said not really.

The ease and conviction of that statement caught us both off guard. Portland was a major chapter in my life, the place I chose when I chose to leave home, to go and build myself a life away from everybody and everything I knew. It’s a place where I learned and grew and lived and loved and had adventures and miseries and got sober and wrote books and the whole damn thing.

So I look back with gratitude and fondness, and I like to stay in touch with people back there, and I enjoy seeing Facebook photos of the hiking trails, and all of that — but miss it? As in, long for it, can’t wait to get back to it, wish I was there? Nope. Kind of done with it. Not like I was with Memphis, which I associate mainly with all the boredom and depression of my youth and 20s — things that have nothing to do with the city, of course, or the people there. But being in Memphis is kind of the opposite of appealing to me.

The person who asked about Portland assumed, as you perhaps assume now, that something went wrong with me and the city. Not at all. To me, my Portland Time simply came and went. My reasons for leaving eventually outnumbered my reasons for staying, and like Memphis before it, Portland just couldn’t compete with The Rest of the World when I was looking for a place to be. So I went through a largely intellectual decision process, then sold most of my stuff and split — not just for another place, but for another way of living.

But even as I write that, it feels cold. Shouldn’t it have been harder to leave? Why was it just an intellectual process? I am afraid somebody back in Portland or Memphis might read this and get their feelings hurt. An inner voice rises up and says, “Hey, don’t piss on Portland!” I wonder why I don’t feel more attached to a place that meant so much to me for so long. I wonder why I don’t miss it more.

It’s because I leave. It’s what I do. I kind of don’t look back, either. I leave people, places and things.

It’s not because I am some bold person driving forward in life, no time to look back, man! I am tortured by self doubt. And it’s neither romantic, like I’m Woody Guthrie, nor cold, like I don’t give a crap. I do care, I am just geared to look forward — for better or worse. When I am not “in the moment,” which is virtually all the time, it’s because I am working on some sort of plan, or a dream, something “better” which I believe is in the future. Among other distractions like food, fantasy, porn or daydreaming, I make plans. Like so many things, it’s not necessarily healthy or effective; it’s just what I do. I avoid the present by future-tripping. And when I look back it’s most often to cringe at something I wish I hadn’t done. Or I look back and feel … not much at all.

The “why” of that is interesting, because it’s attached to another trait of mine: I don’t seem to make close personal connections with people. The few I do make don’t seem to last. And of course even the few lasting close friends are people I rarely see — because, again, I leave. All the time. From everywhere and everybody.

What might I be running from? What’s wrong with attachments? Why so many backwards-looking cringes? Why the obsession with the future, rather than resting in the present? What am I chasing out here? Where do I think I’ll get? Why don’t I miss things, places and people more?