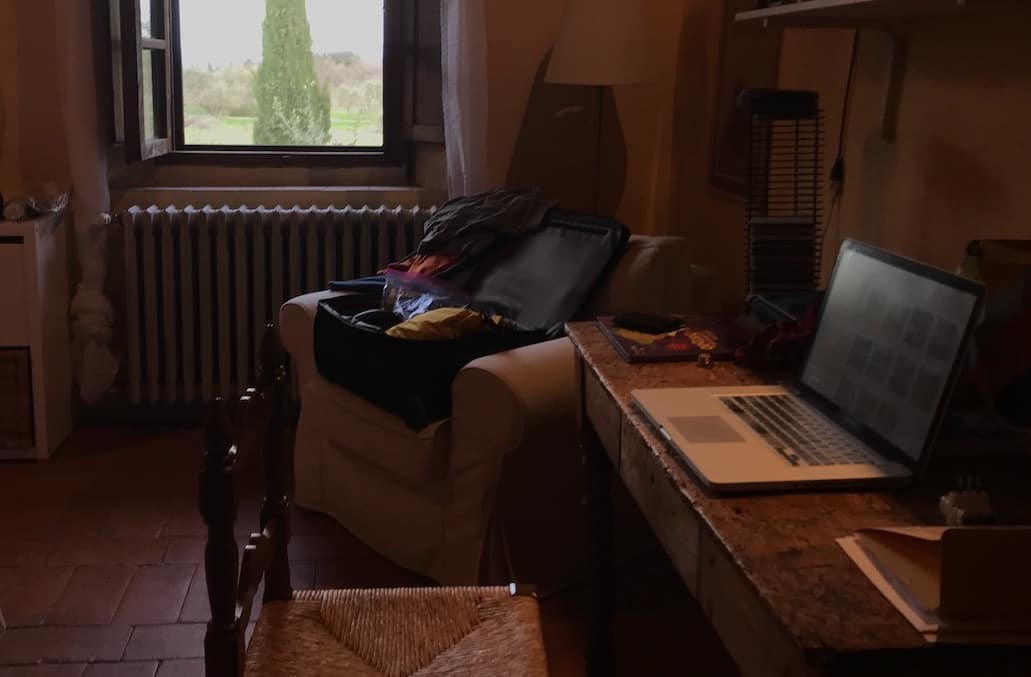 My career as a travel writer — as opposed to a traveling writer, which we’ll get to — actually had its start in the advertising business.

Not that I worked in advertising, heaven forbid. But I worked near it, and apparently under its powers, such that in one strange moment I went from “kind of a sportswriter” to “professional travel writer” because of a decision made across the hall in advertising.

I was at the weekly paper in Memphis, the Flyer, where I was writing sports and other stuff, when the advertising department decided to sell a recurring ad to a travel agency. To close this deal, they promised said travel agency that their ad would run next to the paper’s travel column. Good idea, aside from the fact that we didn’t have a travel column.

The advertising director told the editor to start one, the editor said fuck you, the ad guy said no fuck you. Voices were raised, arms were waved, and this whole show disappeared into the publisher’s office. A few minutes alter, the editor came out, steaming, looked at me and said, “Paul, you travel.” I nodded. “Great,” he said. “You’re the travel writer.” And then he stormed into his office.

I went in there and said, “What should I write,” and he said, “Domestic travel with a twist.” I asked what kind of twist, and he said, “I just want to know what it was like when you went there, not the usual crap. Give me 800 words and a photo every two weeks.”

So I was a travel writer. And from the fall of 1996 until the summer of 2012, I turned in 800 words and a photo roughly 250 times. That’s about every two weeks, whether I had in those two weeks been to a place that merited 800 words or not. The advertising machine, and my desire for an audience, must be fed.

It’s where I got my style and voice, to the extent that I have either. Sometimes I wrote about trips I was on at the time. Sometimes I wrote fairly normal “travel writer” stuff. Other times I would go through my photos, find some old “moment on the road” that I could spin 800 words about, and go for it.

I still seem to think of experiences in 800-word blocks. In fact, when I get through writing this post in my usual “just go for it, then you can lightly edit it later” style, I have no doubt it will be right around 800 words.

And, in fact, this rolling 15-year deadline spawned the name of my business: Second Cup Productions. Columns were due on Thursday mornings, and often I would wake up on Wednesday with no idea what I would be writing about, seeing as I hadn’t been anywhere interesting since the last deadline. So I would mull it over all day, come up with something, dig up a photo, and think about what story to tell. Then I would go to bed.

In the morning, things would have lined up in my head, more or less. I would have a cup of coffee to wake up. I would walk around and think about my lede. (I knew once I had the lede I would have the rest of it, and in fact writing 800 words would typically take me an hour or less, once I started typing.) Then I would have another cup of coffee. And that second cup would send me to the toilet, where I would sit and think and, generally speaking, come up with my lede. The rest, you might say, was a simple matter of production.

Why am I telling you all this? Because I like telling stories, for one thing. And also because I am now in the process of digging up all those old columns. I always sucked at keeping clips, but fortunately the Flyer has online archives back to 2000. Before that will take some more digging. And I’ve decided to share some of the good ones here. Who knows? Maybe there’s a vanity publishing project in here somewhere.

First up are three pieces that kind of define what I was up to: a travel writer, a traveling writer, and a guy trying to remember old moments on the road.

As a travel writer, I would sometimes go on junkets (“fam trips”) in which local visitors’ bureaus would wine and dine us in exchange for writing articles. But I looked for “twists,” as it were, like in 2001 when a local guy took us around Whitefish Lake in Montana in his boat and I wrote about the effects of tourism on a place.

Other times I would just be out on the road, with my laptop, having adventures like driving across the country with nothing to listen to but regular radio. (Remember, this was 1999!)

And sometimes I would dig into the memory banks for, oh, the time in 1990 when I rolled into Lugano, Switzerland, on a rainy winter night and encountered a “French-speaking Lebanese guy who had led us from our German-speaking hotel through the Italian-speaking streets of a Swiss town to a freaking Burger King.”

There will be more of these, and I hope you enjoy them.