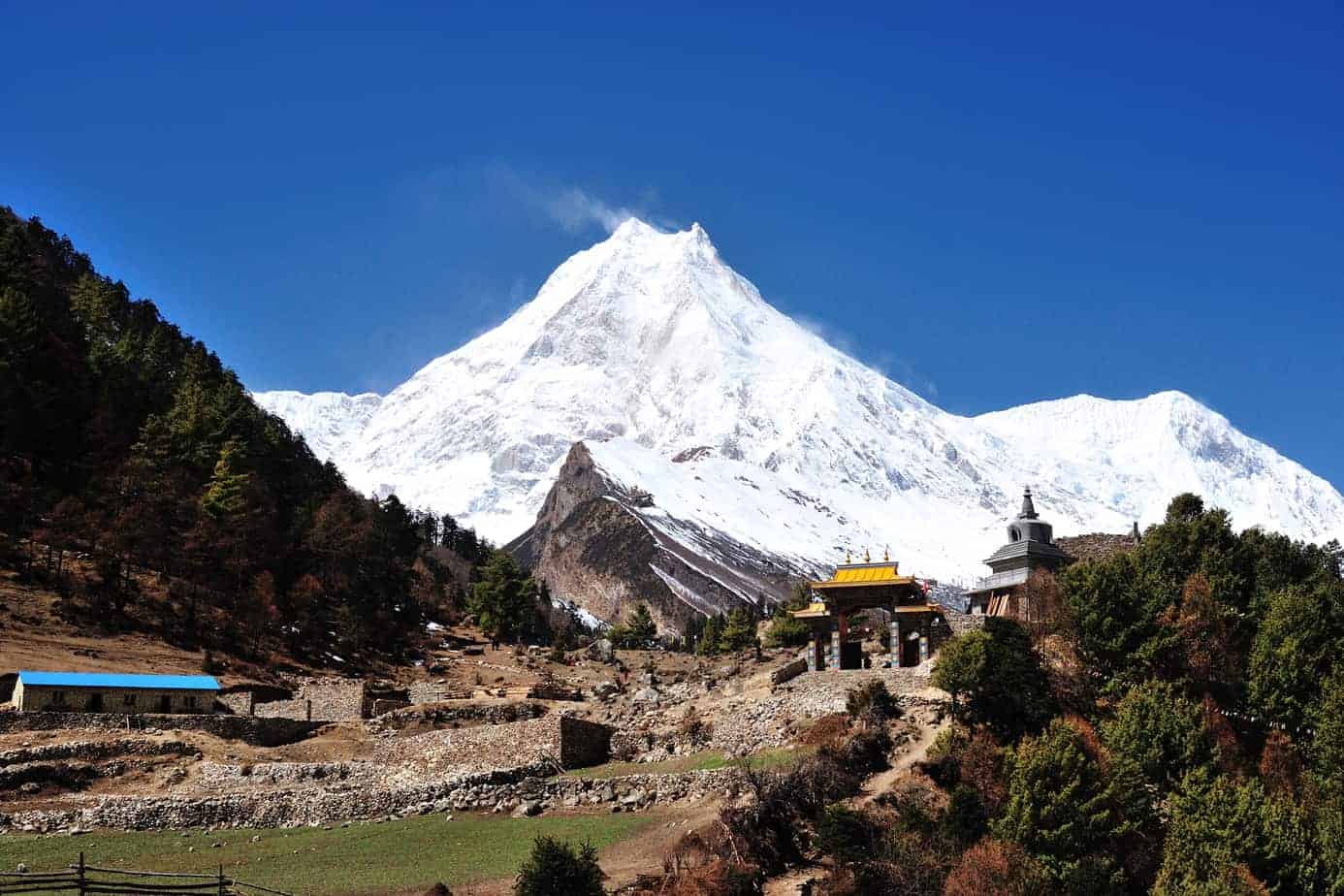 In the fall of 2018, I will be leading an amazing trek in Nepal, taking a rarely-visited loop around Manaslu, the 8th-highest peak in the world at nearly 27,000 feet.

This three-week trip also includes a side trip into the Tsum Valley, a sacred pilgrimage area filled with traditional Buddhist culture, right up against the Tibetan border. In fact on one day we will take an excursion to that border; we will also visit the climbing base camp of Manaslu as well as remote villages, monasteries and convents.

We also have a day on each end to explore the medieval city of Kathmandu, visiting sites considered holy to Buddhists and Hindus the world over.

One of the great things about this trek is that it starts low, allowing plenty of time to acclimatize. And after going high (around 15,000′) the first time, we drop back down a bit before heading back up, eventually walking over a pass just under 17,000 feet high.

Relatively speaking, some areas of Nepal have been thoroughly “discovered,” but not Manaslu. If you want a more rustic, more remote, less visited area of Nepal, this is your trip.

For more information or a detailed itinerary, get in touch today.

You can also check out this trip’s page at EmbarkExplorationCo.com.