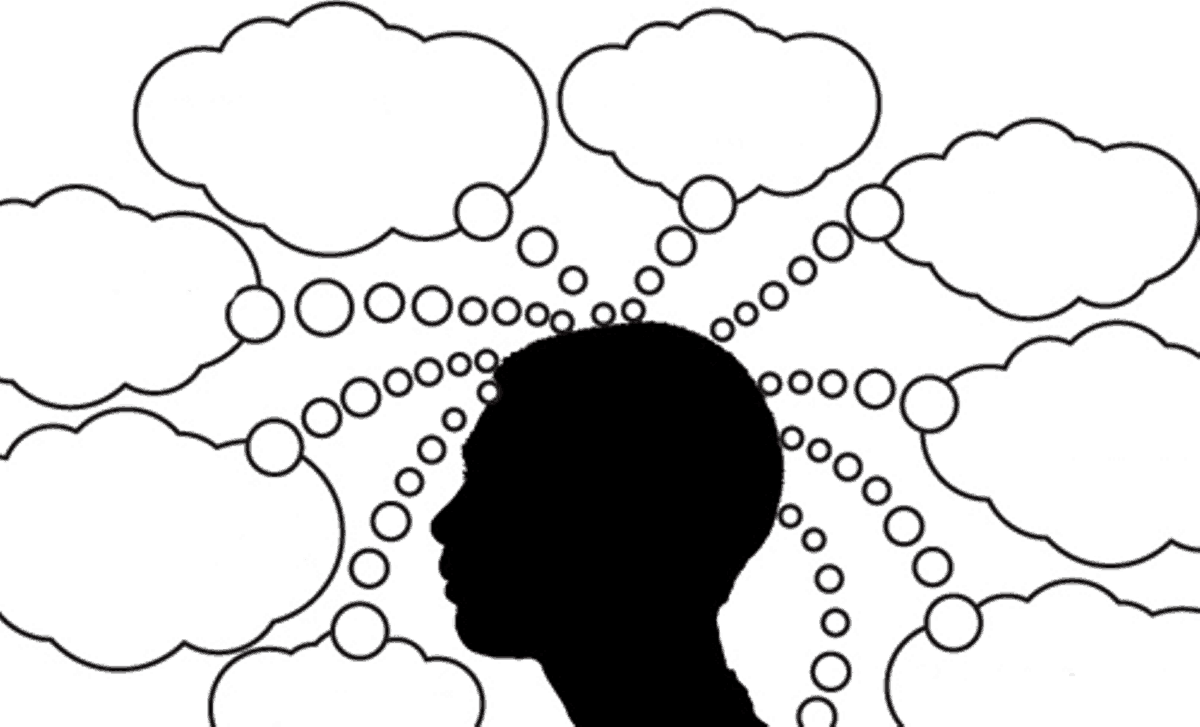 Most of us in recovery have heard about The Committee. It’s the constant stream of voices running in our head, giving us advice and shit and maybe, on occasion, encouragement. Most people focus on the negative aspect, like how the Committee tells us we’re fools or we’re ugly or whatever. In fact, a lot of folks call it the Itty Bitty Shitty Committee.

Lately, though, I’ve been thinking about wheels. The little ones almost never stop turning, but it’s the big ones that’ll get you.

I am claustrophobic. It’s not bad enough to be a problem the vast majority of the time; I can ride in elevators and sit in the back of crowded rooms … but small airplanes? Those are a problem for me. Same with the back seat of a two-door car, or a long, narrow, short hallway. One time I had to bail, quickly, from a submarine tour, when I was in the middle of a crowd of people in a hallway about six feet tall and two feet wide. Enclosed spiral staircases are tough, as well, especially with other people in there (think European cathedrals.)

For years, this was manageable, until last summer, when I was flying home to Memphis. I had a 5 a.m. flight from Portland, didn’t get much sleep, got wired up on coffee, and when we changed planes in Salt Lake City I found myself in a window seat of a regional jet – one seat on the left, two on the right, ceiling barely six feet – with a really big guy in the aisle seat next to me.

Here’s how I see it. The little First Wheel is a thought that says, “I’m in a small airplane, and it’s not cool.” That thought, on its own, I can handle. I take a breath, distract myself, look out the window – I can even “talk it down” by saying I have plenty of space, or it’ll only be an hour, whatever.

The Second Wheel, in this case, is a voice saying, “No, really, this is bad, I’m uncomfortable, and I think I’m gonna have to bail.” This is when I start to feel it, as well; I’m sure there’s a medical explanation here about anxiety and the body responding to my thoughts as if I really am in trouble. The Second Wheel I can still “talk down” or deal with, but it takes concerted effort: meditation, breathing, intentional thought. Technology like headphones helps, too.

My Third Wheel is when my body starts to generate its own signals to the brain, saying, “We need to go now.” My brain then responds by creating images and stories to go along with the warning, like “I’m in a tiny space and they won’t let me out! I am about to freak out!” By this time, even efforts to talk myself out of it or distract myself barely work; in fact, the Fear and the Story consume them, and they become evidence that I’m really losing it. “You cannot distract yourself out of this! Don’t be delusional! You’re in real trouble!”

When the Third Wheel gets going, it’s really hard to keep the Fourth Wheel from starting. And when that Fourth Wheel gets going, you simply have to get off the plane. There’s no turning back, because now the decision is made and, in your mind and body, your life depends on taking that action. Fortunately, on that little regional jet, they had just shut the door but not started taxiing, so I told the flight attendant I was having a medical emergency and had to go. They tend to respond to things like that! Otherwise, I might have experienced the Fifth Wheel.

I assume that, had I been forced to stay on that plane for the two-hour flight, it would have been a full-on anxiety attack, eventually leading to drugs, restraint, an early landing, or catatonic shutdown. I’m glad I don’t know; I did what I had to do, got off the plane, rented a car, and drove 10 hours to see my family.

So, back now to recovery and that “committee.” I think the First Wheel is just that constant stream of thoughts and stories running in our heads – and not all negative, either. Sometimes I have thoughts of “I’m a loser” when thinking about success or “I’m a pervert” when looking at hot women, but I also have thoughts of “I’m gonna be rich and famous” when I get paid or “I’m gonna write the greatest book ever” when I’m having a good day at work.

Stopping that First Wheel is experiencing the calm, centered mind. It’s pretty much the whole point of meditation – “What lies in that silence when the thinking stops?” – but I think it’s more practical and important to simply notice that wheel is turning, and not let the Second Wheel get into gear. Doing this, we can say, “Oh, I hear that little voice telling me I’m a loser; I remember that voice!” And then we can go on and do what we were doing. Noticing the First Wheel and not engaging the Second Wheel while taking action anyway can also be called facing fears. Because when the Second Wheel starts going and I start buying into the story, that fear can cause paralysis. “Wait, if I really am a loser, should I even be trying this?”

One interesting note here: Go back to my airplane story and notice how it started: I didn’t get much sleep and was wired on coffee, and I also didn’t see the small plane coming. This is important. I wasn’t taking care of myself and wasn’t aware of my surroundings, so my “spiritual condition” wasn’t very good. I haven’t been on a small plane since that day (this is called “making adjustments” and “being true to myself”) but I will do so twice this spring. So I know to take care of myself and be ready.

I did have a Third Wheel experience on a big plane not long ago. It was crowded as hell, and delayed, and I had just flown from England to the US, and I was tired and frustrated. I had to talk it down, though, and breathe through it – because the plane was already in the air for a five-hour flight!

So, taking care of myself is important. I have to watch that HALT stuff, lest my defenses come down and those wheels start turning about not just airplanes but about work, women, health, you name it. (Ever have the experience of a really bad headache and just knowing it’s a tumor?)

But what to do about those turning wheels?

I think the noticing and labeling is important. “Oh, there’s that first wheel turning.” We can listen to it and evaluate what it’s saying, like “Well, am I really in trouble?” We can calmly ask whether we have something to deal with other than a little spinning thought wheel, and then either deal with it or move on.

Sometimes that little wheel actually has a helpful message for us. For me, one of those is to try and avoid small airplanes, or at least have a plan in place when I know I’ll be on one. It could also be a reminder that staring at hot women isn’t appropriate. Same for the “positive” thoughts: getting paid doesn’t mean I am all set financially, and writing something good doesn’t mean I’m the next Mark Twain. I’m just claustrophobic, or a male human with desires, or I have some money in the bank and a gift for writing. That stuff is all First Wheel.

Other times, the First Wheel can be a little indicator that I have something deeper to work on. I can treat it like a warning light on my dashboard (I know, mixed metaphors here.) “Hmm, what’s my deal with small spaces?” “Why do I go from being attracted to a woman to obsessing about her and building her up into something she isn’t?” “Why do I fantasize about being ‘all set’ with money?” “Why do I feel the need to be a Great Writer?”

These aren’t self-loathing thoughts of “What the hell’s wrong with me?” This is just turning on the light inside, looking around in the dark corners, and seeing what’s in there. If we can get this down, maybe we can even be grateful for the “problem” of a First Wheel turning.

As I go through my day, I constantly have First Wheels turning, and some of them are frankly hilarious. I can be tying my damn shoes and notice a little voice saying, “Can you believe he does it that way?” For me, the stuff to watch for is the Second Wheel behaviors, like when I quit going to meetings because “The people there are annoying.” Or when I avoid work on a project because “I’m going to screw it up.” That’s when I get into the paralysis and not taking care of myself, and we know how that comes out.

In my life, I can think of a few Fifth Wheel incidents; one time a woman I liked decided she preferred another guy, and I didn’t sleep for two nights, kept pounding my fists in the pillow, and driving by her house to see if his car was parked outside. I’m sure we all have examples like this – times when suicide or murder start to make sense.

But the scariest thing of all was on that big plane recently. I had my Third Wheel turning for close to an hour, and I kept having to walk around, put the headphones on, take them off, meditate, stop meditating … at some point it truly occurred to me that a drink would sure help. So the stakes here can be pretty damn high.

So let’s embrace our First Wheels, and when we notice them, ask these three questions:

Whatever the answer, I think we can honor that First Wheel, disengage the Second, make whatever changes are necessary, and move on with our lives.