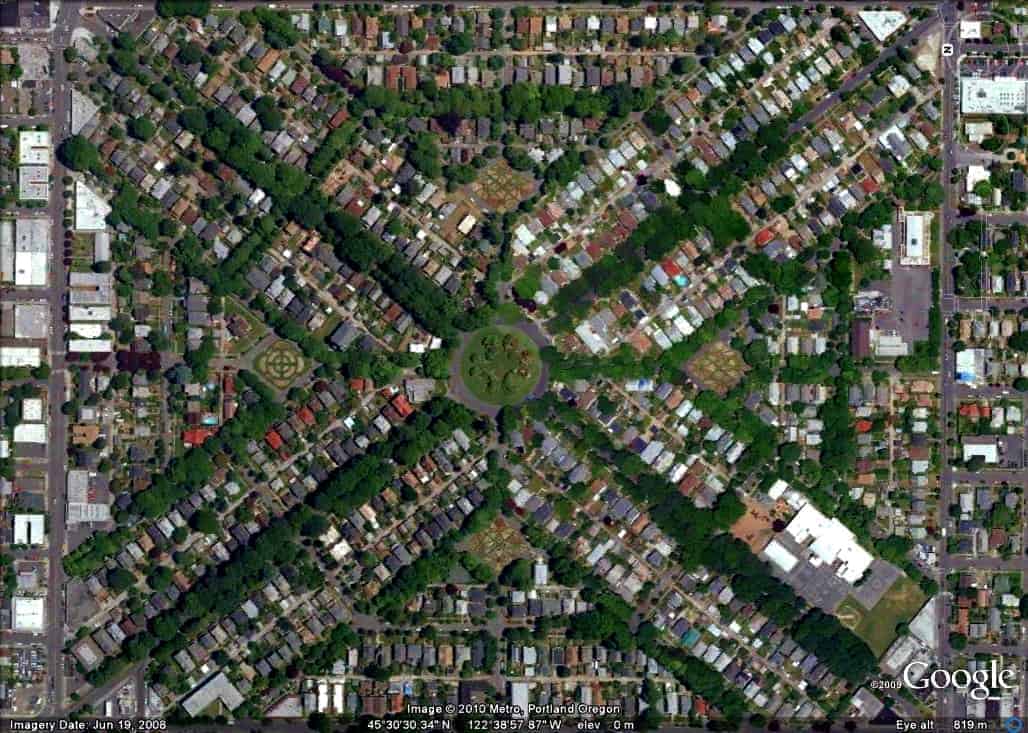 One of the phrases I hear most when I tell people I drive a taxi is “interesting characters.” And it’s true, I get a lot of them: nuts, cranks, drunks, hookers, johns … all sorts. And then there was probably the all-timer, the Ladd’s Addition Level III guy. But we’ll get to that.

He comes out of a Lair Hill house around 5 in the morning, says he left his keys in Southeast last night. Fair enough, and off we go. Then this:

“Every time I go out drinking with Tony, this shit happens. It goes way too late, we get too drunk, we get into fights …”

“No, man, with each other! He’s 6-5 and 280, I’m like 175 sopping wet, and we always start this shit up, and I always fucking regret it. My girlfriend usually drinks with us, but not tonight, and she kept texting me, saying ‘Don’t fight with Tony! You’ll regret it!’ Of course I didn’t fucking listen to her, and now my shoulder is killing me.”

“Yeah, man, you know – Ladd’s Level I is where you’re always gettin’ lost and kind of doin’ it by feel, can’t really remember where shit is, cause it’s a weird fuckin’ neighborhood, right?”

“Totally,” I say, thinking of all the multi-street corners, the number streets, tree streets, the rose gardens … I always feel a little lost in Ladd’s.

“Well,” he goes on, “Level II is where you never get lost and basically know your shit, but Level III is where you’ve got it fuckin’ nailed down, and you know the shortcuts. Right? Like a Level II can get there, but a Level III knows his shit. You watch, dude – when we get there, I’m gonna blow your fuckin’ mind.”

Next thing I know, he’s talking about chucking a baseball at people. I don’t know how we got there.

“You want to fuck with somebody,” he said, “you throw a baseball at ‘em, really hard.”

“I dig ya, man. I love the disc. I mean, you could throw a Frisbee and all, and you can curve it and fuck with people, but it’s hard to get it completely right. I love gettin’ drunk and playin’ catch, but then I really love to just, out of nowhere, fuckin’ chuck it as hard as you fuckin’ can, without tellin’ ‘em. With a Frisbee, there’s more technique involved to really whip it, right? The technology kind of holds you back. But with a baseball, you just rare back and fuckin’ chuck it. It was built for that shit.

“There is no doubt that if you want to consistently scare the shit out of each other and yourself, you need a baseball.”

It was about that time that we got into Ladd’s, and then he said, “Okay, cut in here” – pointing at what I honestly thought was a driveway. But it wasn’t. It was an alley. And on the other end of it was his street, much closer than I thought.

“I gotta say, man, that was pretty cool. I gotta remember that.”

“See, you could easily be a Level II, man. You’re probably already there. Most cabbies probably are. But see, I’m a Level III. I got this shit down.”

“How many levels are there?” By this time, we’ve arrived, and the meter is off, but I’m riveted.

“Well, me and my buddy worked all this out one time, when we were really drunk. We know there’s a level III, ‘cause we’re there, and we think there’s probably a Level IV, where you could like do it blindfolded and shit. I mean, a Level IV would be like a martial-arts master or some shit.”

“Do you think there’s a Level V?

“See, we talked about that, and we think maybe there is, but nobody’s ever seen one.”

“Right,” I said, “That would be like particle physics or something – like if you ever spotted a Level V, they would disappear into some other dimension.”

“Totally, dude! That’s like Heisenberg’s Uncertainty Principle and shit. Fuck, my shoulder is killin’ me!”

“Maybe you found a baseball last night,” I said.

“Dude,” he said, smiling, “Maybe we did! I don’t remember shit from last night, but I think it was fun. I just need to quit fightin’ with fuckin’ Tony.”

With that, he paid up and was gone, last seen stumbling into a yard and looking at the ground. I think he was looking for something to chuck at a window.

I headed off, mind truly blown, hoping I really was a Ladd’s Level II.