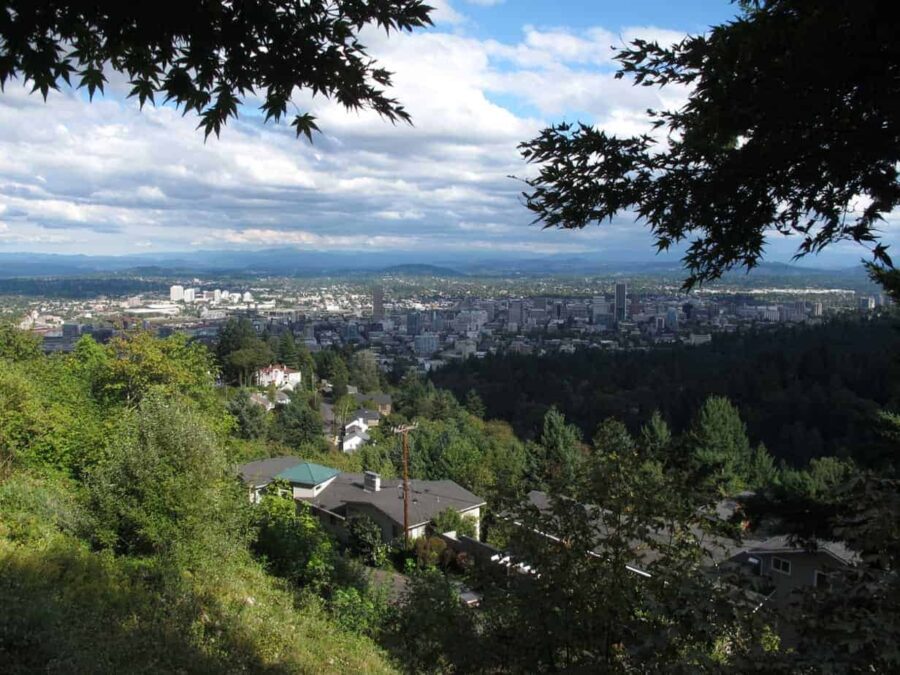 First, a little historical context. When I moved from Memphis to Portland in 1996, people in other parts of the country would say one of two things about my new hometown: “I hear it’s pretty there,” or “Isn’t that up near Seattle?”

Somewhere along the way, Portland has become both one of American’s “it” cities, as well as a canvas on which people paint all sorts of assumptions and fantasies.

In the summer of 2020, I took a road trip to do some camping and hiking in Wyoming in Montana. There, being from Portland was — like everything else, it seems — experienced very differently in the two different versions of reality that have been created in America. They have been created by political agendas, corporate agendas, and good old-fashioned social distancing, the kind where everybody just avoids anybody who doesn’t look or sound like them. Within each bubble, a Portland emerges.

(I should point out here that, as I was an outdoorsy type person hanging out in Wyoming and Montana, all of the following conversations were with white people. Black people probably have their own ideas about Portland.)

Say “I’m from Portland” to just about anybody under the age of 40, especially somebody from a larger city or who you meet on or near a hiking trail, brewpub or artisan coffee shop, and their eyes light up. “I love Portland,” they will say. They either have been there, want to go there, know somebody who just moved there, or want to move there themselves. In this reality, Portland is a shining example what an American city can be: clean, prosperous, with great restaurants and public transit, plus the right politics. You also get this from rich white folks of retirement age, especially from big cities in the northeast.

This Portland exists on a circuit of sorts with Boulder, Austin, Madison, San Francisco, Asheville, and Brooklyn.

Say “I’m from Portland” to just about anybody (else) over the age of 40, especially somebody from a small town or rural area, and they will look at you confused and say, “Yeah, what the hell is going on there?” This, of course, is about the protests, which in this other reality is something like Marxists (until recently it was violent anarchists) lighting the city on fire and trying to get rid of the police force. These people may have been to Portland (or Seattle, same thing) at some point, or know someone who has, and either way, the next thing they will mention is the homeless population. They will probably also ask about the crime rate.

This other Portland is of a crowd with Detroit, among other “failed” cities.

An interesting assumption lying behind both of these images: This is what you get when liberals run a city.

Of course, actually living in a place is several orders more complicated than either of these. Portland does have great restaurants and transit, and it has a serious homeless problem. It has (for me) terrific politics, but even those get silly and out of hand, and it has a terrible racial history that neither of the above groups know anything about. Portland has a lot to teach other American cities; it can also be insanely self-referential and self-righteous. It is, and has always aspired to be, a (white) utopian bubble. It’s a great place to be an entrepreneur, and I also know countless business owners in town who complain the city is anti-business. It does have crime, obviously, but I don’t know the stats — and neither do the people who ask about it, assuming that it’s high. And sure, it has protests, but near as I can tell that’s about 100 to 200 people who mix it up with the cops every night in a three-block area downtown. In a city of 2.5 million people. And for the record, I have sympathies with both sides.

To the millennial hiker latte crowd, I just smile and say yes, Portland is great. (And then I think, But please don’t move there!) To the older, rural crowd I try to talk some moderation: many of those homeless people just need medication and a place to sleep (not “self respect”); the protests are small and isolated (and not Marxist); the crime rate is probably about the same as other places; all cities have a homeless problem; remember you’re being fed information to feed somebody’s agenda; and so on. They listen politely, nod, and then I change the subject.

So Portland is a city. Not your idea of what it is.

By the end of my trip, I was just telling people my own alternate version of reality: I’m from Memphis.