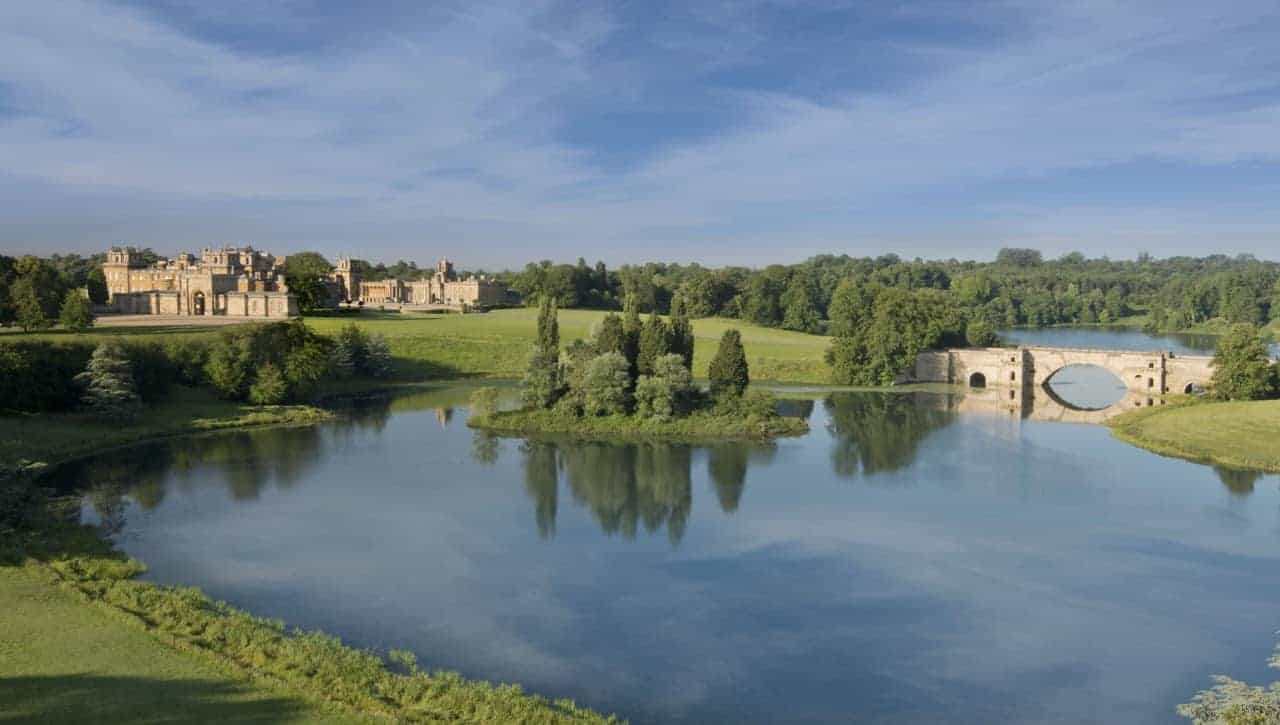 My 2016 Embark Adventures trip, Walking the Cotswold Way, is of course mostly about hiking. We’ll be doing a 104-mile trail in 8 days of walking, but on many of those days, our bus will take us on side trips before returning us to the hotel.

One such place is Blenheim Palace in Woodstock, Oxfordshire. It’s one of England’s largest homes, the birthplace of Winston Churchill, and sits among some 2,000 acres of park and gardens. These are divided into Formal and Pleasure Gardens, both of which can be toured (how English) by horse buggy.

The palace was built in the early 18th Century and is a rare example of the English Baroque Style. It has also divided opinion among architects since its construction. One of the biggest areas of controversy was the Grand Bridge, which was so big it contained some 30 rooms.

But in the middle of the 18th Century, another famous landscape architect — named Lancelot Brown but nicknamed Capability — put in many improvements to the park, one of which was to dam the River Glyme, creating a lake and submerging most of the bridge. It’s still quite a sight today, though.

Another nice feature of that lake is the Blenheim Cascade, said to be one of England’s most picturesque waterfalls. The fact that it was designed and built by Brown does nothing to take away from its loveliness:

During our tour, we will have a chance to tour the gardens and parts of the spectacular home — though not all of it, as it’s still home to the (12th) Duke of Marlborough.

Within the pleasure gardens, we will find a 1.8-acre hedge maze, a lavender garden, a butterfly house with specimens from all over the world, and a mini rail.

In the formal gardens, we can see water features, an Italian Garden, an intimate Secret Garden, a Rose Garden and a Churchill Memorial Garden. There’s also wildlife on the scene, including a large herd of sheep that help with the grass.

All of this will come after our third day on the trail, a walk of 10.2 miles with 1,227 feet of elevation gain, from Cleeve Hill to Leckhampton Hill. Here is the view from Cleeve Hill, highest point on the Cotswold Way:

Here is a shot of the Cotswold Way on Leckhampton Hill …

and a view from the summit:

If you want more information on this adventure,

or just email me for a detailed itinerary.

You can also sign up for my “Breakfast Bulletin” Newsletter to always get the latest info: